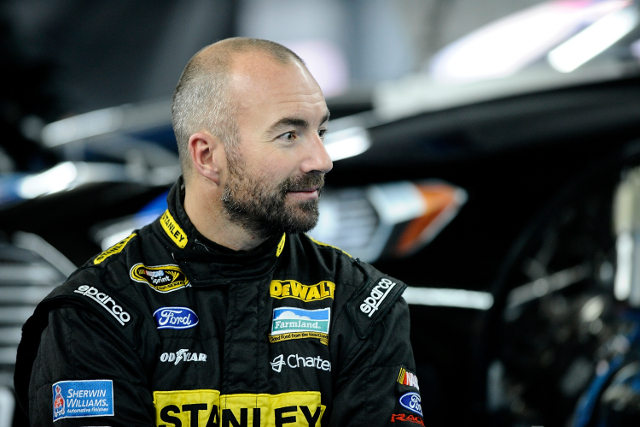 After regular driver Ozz Negri injured himself while training on his mountain bike NASCAR driver – and double Australian V8 Supercars champion – Marcos Ambrose will test for Michael Shank Racing alongside John Pew at the ‘Roar Before The 24’ at Daytona International Speedway (January 4-6).

Ambrose, who switched his racing career to America in 2006, progressing through NASCAR’s Truck Series and Nationwide Series before moving into the premier Sprint Cup Series, completes his first full series in 2009 for JTG Daugherty Racing. For 2011 Ambrose moved to Richard Petty Motorsports, and has since won twice in the Sprint Cup, the Tasmania native victorious both times the series has raced at Watkins Glen since his move to RP and back to the Ford marque for whom he won his two Australian titles in 2003 and 2004.

“I just want to say a big thanks to Marcos for jumping in and offering to help us out,” said team owner Mike Shank. “We are hoping to see Ozz back and ready to go as quickly as possible and we will be continuing to finalize our plans as that healing process moves forward. In the meantime, we’ve got a lot of work to do to be as ready as we can be for the 24, and we are fortunate to have someone like Marcos step in and help us out.”

While Ambrose will test the team’s Ford-Riley Daytona Prototype in the three day event he has not been named as part of the squad’s driver line-up for the Rolex 24 at Daytona itself, the team hopeful that Negri’s recovery will allow him to return to the driving seat in time for the race (January 26-27).

As was previously planned the team – who are the defending champions of the Rolex 24 – will unveil their full driver line-up during the test at Daytona International Speedway.