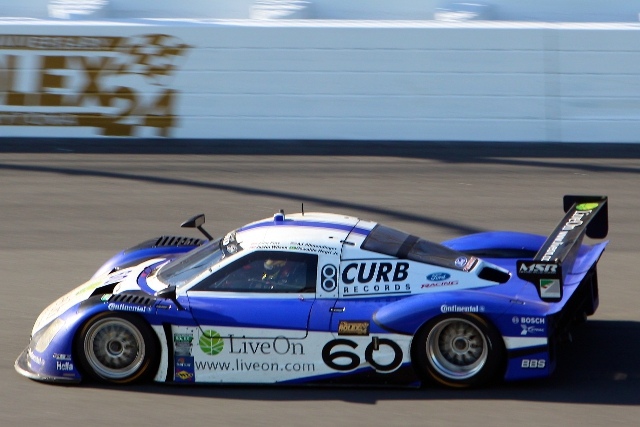 “Why mess with a good thing?” asked Mike Shank as his eponymous team confirmed that drivers John Pew and Ozz Negri will start a fourth consecutive season together in the Rolex Series in the squad’s Ford-Riley Daytona Prototype.

The pairing were on the podium three times in the 2012 season with third places at New Jersey Motorsports Park and at Road America following their places in the team that won the Rolex 24 at Daytona to start the season.

“Obviously starting the year the way we did was huge,” admits Shank. “But I think the pace we had with the #60 car sometimes got overlooked after some back racing luck so we didn’t factor into the championship the way we had been hoping. This has been an incredibly busy off season and I’m personally very excited about Daytona and of course about what is next in the future of this sport.”

As well as the Rolex 24 win with the two thirds the team kept up an enviable record of recording a podium finish in every season since 2004 and while Pew may have failed to add a third Jim Trueman Award for being the top Pro-Am driver – losing out to Alex Popow – he twice equalled his career best qualifying performance of fifth place.

“This team is really incredible and I’m very pleased to be back,” said Pew. “Mike has built a great organization, and working with Ozz is something that is much more than just having a great co-driver on race weekends. We’ve had a little bit of a break now since Lime Rock, so the batteries are charged and I’m very motivated to get back to work at Daytona!”

The team have already begun preparations for the 2013 season, returning to Daytona International Speedway for testing. After a break over the Christmas and new year period the team will return to the Floridian track for the official ‘Roar Before The 24’ test days on January 4-6.

The team will also announce the rest of their driver line-up for their Rolex 24 defence during the test days.