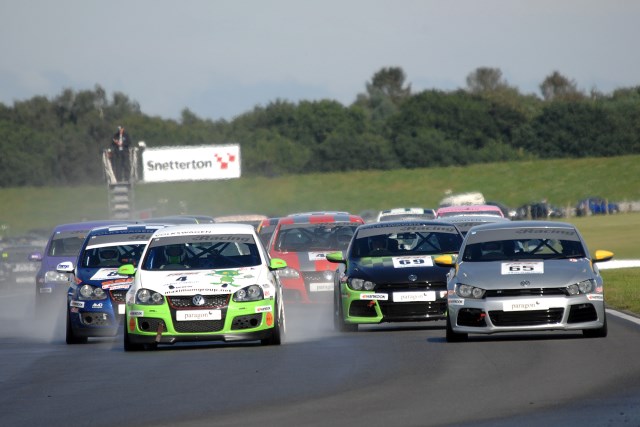 The APR Volkswagen Racing Cup has revealed the calendar for what it hopes will be a record season in 2013, organisers stating that grids could regularly top 30 cars.

Six of the seven events takes place on UK circuits, all as part of the support package for the Avon Tyres British GT Championship, starting on the Easter Weekend at Oulton Park in Cheshire. The odd round out is the VW Racing Cup’s return to Spa-Francorchamps for a summer round – the 2012 visit to the track a highlight of the year – the UK VW racers supporting the 25 hour Fun Cup race for VW beetle based cars.

As well as the home of Belgian Grand Prix, the season also includes races on the full Grand Prix track at Silverstone and the longer layouts at both Brands Hatch and Donington Park, the Midlands track hosting the final races of year next October.

“There was an average grid size of 27 cars at last year’s events, and all the indications are that there will be more than 30 competitors taking part in 2013, which is great news for everyone,” Sam Roach of VW Racing UK. “For that reason we have chosen to limit our events to the longer and larger circuits so that as many as possible get an opportunity to race.”

“We know of several teams new to the championship who are already well advanced with building cars, and interest from drivers new, old and returning is genuinely without precedent.”

Organisers have also made a handful of changes to the regulations for the new season, banning four-wheel-drive cars as well as revising the ‘success ballast’ rules in regards to guest drivers.

The series welcomed several guest drivers in 2012, including BTCC driver Tom Onslow-Cole at Snetterton in August, and while such one-off visitors will continue to be  welcomed in 2013 new rules mean they will carry the same amount as ballast the championship leader, while also being ineligible for championship points.