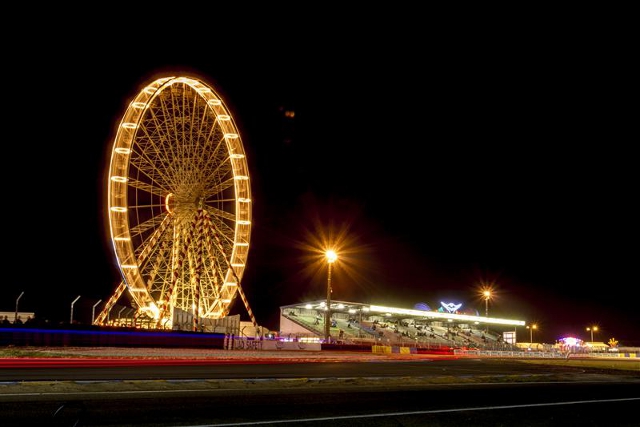 The Automobile Club de l’Ouest has announced the identity of the teams invited to form the grid for the 2013 24 Hours of Le Mans.

Of the 56 teams destined for the Circuit de la Sarthe for the 90th edition of the world famous endurance event 32 were guaranteed their places by virtue of full season entries in the FIA World Endurance Championship (WEC). 11 further entries come courtesy of invites based on performance in either the European or American Le Mans Series of the 2012 24 Hours of Le Mans, with five invites not being take up, though that number includes a second invite for Audi Sport Team Joest as the number of Audi’s shrinks back to three after four R18 entered last season.

Of the 11 cars that fill the invites five will contest the LMGTE Am class with Extreme Speed Motorsports and AF Corse choosing to take invites that could be filled in either Pro and Am branches of the LMGTE class in the latter division, AF Corse also taking up the invite for finishing second in the class in the European Le Mans Series. IMSA Performance Matmut, who won that championship take up their invite, the French Porsche squad adding a second entry to their one guaranteed by a WEC berth.

Defending class champions at Le Mans Larbre Competition also take advantage of an invite to add a second car to their one car WEC entry. They are joined by a Dempsey Racing Porsche – with actor Patrick Dempsey named as lead driver, set for his second race drive in the 24 Hours of Le Mans.

Only one team take up an invite to join LMGTE Pro, with British squad JMW Motorsport again set to compete at Le Mans. They will join five two car teams – Aston Martin, Ferrari and Porsche each entering two car teams for the WEC season, while SRT Motorsports are granted two Le Mans places for their Dodge Vipers, Corvette Racing gaining two places for what should be the C6 design’s final Le Mans with the works team.

The additional teams for Le Mans – above those automatically included as part of WEC campaigns – also include a second Greaves Motorsport Zytek, anchored by Tom Kimber–Smith and a third OAK Racing Morgan-Nissan, as the team take up their invite as ELMS runners-up. Their lead driver for the additional car David Heinemeier Hansson returns for a second year at Le Mans, though with OAK Racing, rather than Conquest Endurance, the ALMS team declining their invite.

However, despite fears, Level 5 Motorsports – the third American team invited alongside Extreme Speed Motorsports and Conquest – do take up their invite as do Thiriet by TDS Racing and Boutsen Ginion Racing, the latter awarded a place as LMPC champions in the ELMS.

Unfortunately, the depth of the LMP2 class, which also fills all six LMP reserve slots, comes at the expense of the premier class, with just two cars – a second Rebellion Racing Lola-Toyota and the third R18 e-tron quattro added to the six full season WEC entries in the class.

The 56 car list is completed by the hydrogen fuelled GreenGT car, taking it’s place in the 56th garage.

By Fergus Mckie
4 Mins read
The FIA has released the full entry list for the 2021 FIA World Endurance Championship.
24 Hours of Le MansIMSA

Porsche to Return to Top Class Endurance Racing with LMDh

By Alice Holloway
2 Mins read
Porsche have announced their intentions to return to FIA World Endurance Championship and IMSA WeatherTech SportsCar Championship with LMDh car in 2023.