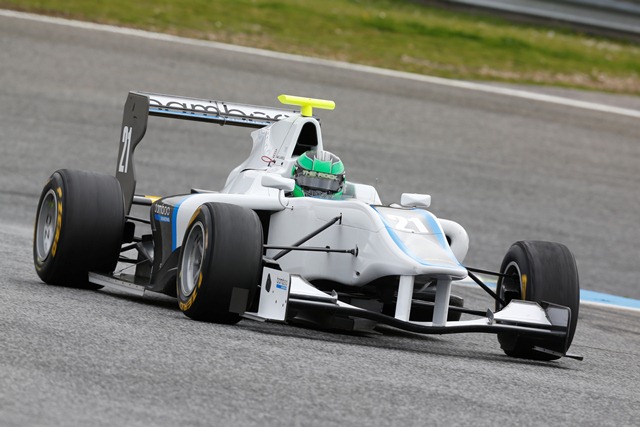 Roberto La Rocca is the first driver to be announced by Bamboo Engineering for their new GP3 Series squad.

The Venezuelan driver has been testing for the team at Estoril this week, and previously ran with its predecessor Atech CRS at the end of 2012.

Based in Florida, the 21-year-old has competed in the F2000 Championship Series in the United States for the past two years, dominating the category last year with 11 wins from 14 races. He also made his European debut in the F3 Open last year, finishing up tenth in the standings with five top six finishes from the six weekends he contested.

“I’m delighted to be signing with Bamboo Engineering, we’ve had a great few days of testing and I’m eager to sign and start working towards the season,” he said. “Taking the step up to GP3 is a big one but I feel it’s a natural progression for me after winning Formula 2000 last season.”

“Roberto has the right attitude and recognises that GP3 will be a steep learning curve. He has shown promise during testing and we’re confident he will build his skills throughout the year,” he said.

The team has been running 2012 Atech driver Ethan Ringel in one of their other cars this week, while 2011 race winner Lewis Williamson has done most of the mileage in the team’s third car except on Thursday afternoon when Ryan Cullen was behind the wheel.