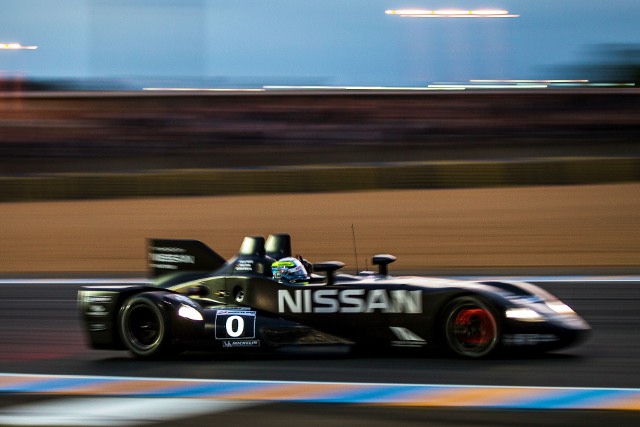 Nissan have announced their intention to take up the Garage 56 slot for the 2014 24 Hours of Le Mans with an all-new fully electric car.

The announcement was made from the new NISMO base in Yokohama as the brand outline their racing plans for 2013 and further into the future.

Nissan were part of the DeltaWing project that was the first occupant of Garage 56 under the Automobile Club de l’Ouest’s scheme to invite innovative designs and technologies to take part on the famous endurance race. However, earlier this year it was announced the manufacturer had split from the project, Dr. Don Panoz taking engine building in house for future DeltaWing outings.

Garage 56 for this year will be filled by the GreenGT machine, a hydrogen fuelled car.

Nissan continue to have a strong conventional representation on the entry list for this year’s 24 Hours of Le Mans with 16 LMP2 cars set to run with Nissan power at the event.

Their work on the new technologies for their Garage 56 entry are part of a longer-term project intended to bring a new approach in a future LMP1 car.

By Alice Holloway
1 Mins read
Joining the ranks of Toyota, Peugeot, Ferrari and Porsche, Lamborghini have announced they will launch a LMDh car to join the grid in 2024.
24 Hours of Le MansFIA WEC

Aitken, Falb and Flörsch line up for Algarve Pro Racing at 2022 24 Hours of Le Mans

By Vince Pettit
3 Mins read
Algarve Racing Pro head in to the 90th edition of the 24 hours of Le Mans with a strong lineup of Jack Aitken, John Falb, and Sophia Flörsch.
24 Hours of Le MansNASCAR

By Justin Nguyen
3 Mins read
Like in 1976, NASCAR will be represented at the 24 Hours of Le Mans in 2023. Hendrick Motorsports will field a Cup Series Chevrolet Camaro in the legendary endurance race as part of Garage 56.