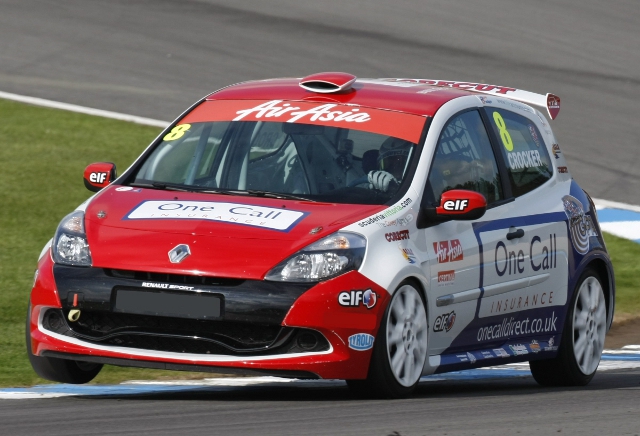 KX Akademy member Hodgetts will head into the season as an early title favourite, the Clio Cup veteran having picked up seven podiums, including four wins, in just ten races last season.

Scottish pairing Crocker and Klos meanwhile will be looking to challenge for the Masters Cup class honours in their second season’s, having both enjoyed strong debut seasons.

“I’m delighted to be able to confirm Stefan for a full campaign with Scuderia Vittoria in 2013,” said Scuderia Vittoria Director, Danny Buxton. “To have continued support from One Call Insurance and the KX Akademy is brilliant.”

“Ronnie had a very strong second half of the season after spending eight years away from racing, I really expect him to be fighting for top ten positions now that he has gained knowledge of the circuits, he will really be gunning for the Masters Cup title this year.”

“Finlay was very impressive in 2012, he has been training very hard over the off-season and mixed with the speed that he possesses, I think that he can be right up there in contention, especially at his best circuits such as Thruxton, Brands Hatch GP and Donington.”

“The Scot’s mean business this year, and after a few days testing, acclimatising to the new Dunlop tyres, they will be right on it!”