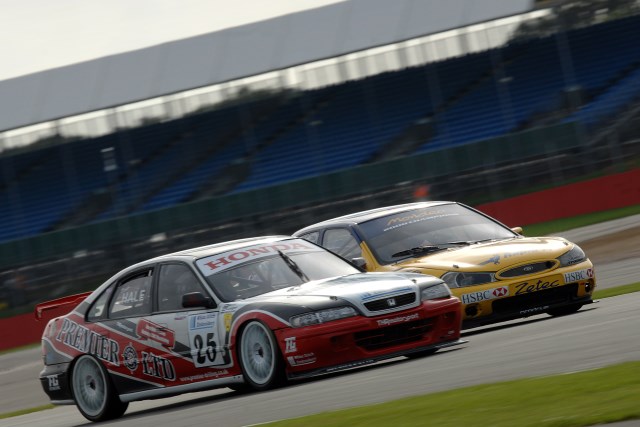 The 2013 Silverstone Classic (26-28 July) is set to break more records as the event organisers have confirmed a programme of 24 races, spanning eight decades of motorsport history.

The line-up for the 2013 festival will see action from a wide range of disciplines, with historic Formula One, sportscar, GT and touring cars all in action at the world’s biggest classic motor racing festival.

Fans of historic Formula One will be well catered for, with the Historic Grand Prix Cars Association (HGPCA) expecting full grids for both the pre-1961 and pre-1966 F1 races, which will feature Bugattis of the 1920s, Ferraris and Maseratis of the 1950s and the British-based Brabhams, Coopers and Lotuses of the 1960s.

Moving closer to the present day, the Grand Prix Masters will relive the 1968-1978 era of Formula One, which saw the rise of many British teams, including McLaren, Tyrrell and Williams. To add to the nostalgic element of this series, all the cars will be racing in period liveries.

The single-seater bill for 2013 is capped off with Historic Formula Junior and a combined F5000/F2 category, both of which return to the Classic, having been two of 2012’s highlight races.

For fans of the Le Mans 24 Hour race, there will be no fewer than five GT and sportscar grids, including the highly popular Group C race, which once again will see Jaguars, Peugeots, Porsches and many more racing into dusk on the Saturday evening.

Other sportscar events include the Royal Automobile Club (RAC) Woodcote Trophy for sportscars up to 1955, the Stirling Moss Trophy for pre-1961 sportscars and the World Sportscar Masters – which includes iconic cars such as the Lola T70 and Porsche 917 – for sportscars from mid-1960s to 1974, and the prestigious RAC Tourist Trophy for Historic Cars, run for pre-1963 GT cars.

Finally, the Silverstone Classic will see some of the top classic touring car in the world, including the Under 2-litre Touring Car race, which will see a fully booked 58-car grid of pre-1966 Lotus Cortinas, BMW 1800 Tis, Alfa Romeo GTAs and Mini Coopers battling for track position around the Grand Prix circuit.

The second of the touring car races will be for Super Touring cars from the 1980s and 1990s, the 2012 debut of which was so popular that it has spawned its own Historic Sports Car Club series for 2013.

“It all adds up to another incredible line-up of races that put the spotlight on so much fantastic racing history… and we have another three grids still to announce,” said event director Nick Wigley. “With more than 1000 entries, the Silverstone Classic is now not only the world’s biggest classic motor racing festival but also the largest race meeting staged anywhere on the globe. It may sound clichéd but, hand on heart and given some of the announcements yet to come, this summer’s looks like being the most successful yet.”

As well as providing a wealth of on-track action, the Silverstone Classic have announced a new multi-dimensional partnership with BMW-UK.

The collaboration will see a display of BMW’s latest models alongside some of the more famous cars from the Bavarian manufacturer’s glorious heritage and free rides on the all-new BMW Eye.

Standing over 40-metres tall, the BMW Eye will give panoramic views of the circuit and the display areas showcasing thousands upon thousands of classic cars.

“The BMW Eye is going to add an amazing new aerial dimension to this summer’s Silverstone Classic,” continued Wigley. “Passengers will enjoy what’s sure to be a memorable ten minute flight with truly spectacular views over the entire Silverstone venue. What’s more, as part of our famous ‘access all areas’ policy, these fabulous flights will be available at no extra cost to ticket holders as well as trackside grandstand seating, entrance to the pits and paddocks, all the live music plus a host of other terrific attractions and experiences.”

BMW UK will also be the “Official VIP Courtesy Car” for the event, providing transport for celebrities, guests, competitors and media at the event, plus a fleet of pace cars for deployment on the circuit throughout the race weekend.

By Nick Golding
2 Mins read
The 2022 Silverstone Classic racecard is officially complete following the announcement that for the first-time ever, GT4 cars will take part in a two-day Classic Silverstone Challenge.
Formula 1Historic Racing

By Nick Golding
1 Mins read
For the first-time ever, all of Lewis Hamilton’s title-winning cars will be showcased together in a special showcase at this year’s Silverstone Classic (August 26-28).
Historic Racing

By Pontus Lindroos
1 Mins read
Goodwood had now announced that they will move both of the festivals to 2021.