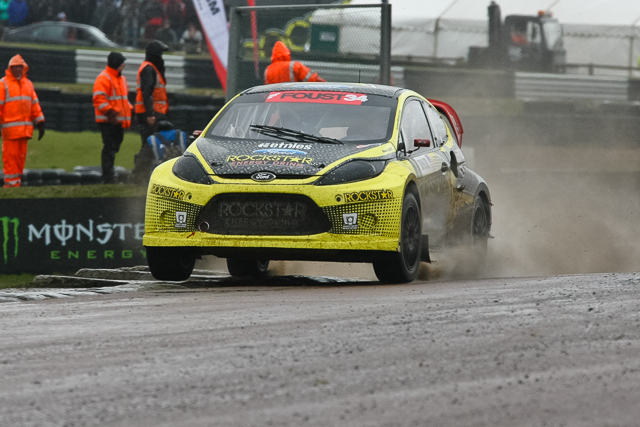 The newly overhauled FIA European Rallycross championship gets underway in less than a week over the Easter weekend at Lydden Hill, Kent and the entry list looks like a who’s who in the world of Rallycross.

The twenty strong Supercar entry list will see the legendary Solberg brothers go head to head. ex-WRC champion Petter Solberg in his DS3 while brother Henning Solberg will be driving the Per Eklund prepared Saab 93 that Samuel Hubinette drove in the Global Rallycross last year. It will also be a baptism of fire for supercar rookie Andreas Bakkerud in only his second outing in the LD Motorsports Citroen DS3.

LD Motorsport Team Principle Liam Doran will be looking to go one better this year and finish as European Champion.

The only missing name from the permanent line up is likely to be Belgian Michaël De Keersmaecker who is still recovering from his crash in the Belgian Championship earlier this month.

Every name on the entry list is capable of finishing the weekend on the top step not least last years winner Tanner Foust who is entered as a wildcard.

In the support categories its the touring car category that seems the hardest to predict. 2012 champion Anton Marklund has taken the step up to Supercars. Irish favourite and 2011 champion Derek Tohill has only currently committed to the first round after a winter of speculation on a possible Supercar change. 2013 could possibly be one of the hardest fought campaigns for Touring Cars

With Andreas Bakkerud making the move up to Supercars with LD Motorsport there’s still plenty of drivers more than capable of winning the title this year among them Ulrik Linneman, Eric Faren, Vadim Makarov

So what are your predictions for 2013, let us know.

Needless to say the 2013 European Rallycross championship will be a season to remember. Before its over there’s 9 rounds of action to look forward to and we at TCF will be working hard to bring you all the news and results.

By Pontus Lindroos
2 Mins read
The entries for the 2021 Euro RX1 conclusion and the Euro RX3 penultimate round now been revealed!
European Rallycross