Mason given win after race one penalty overturned 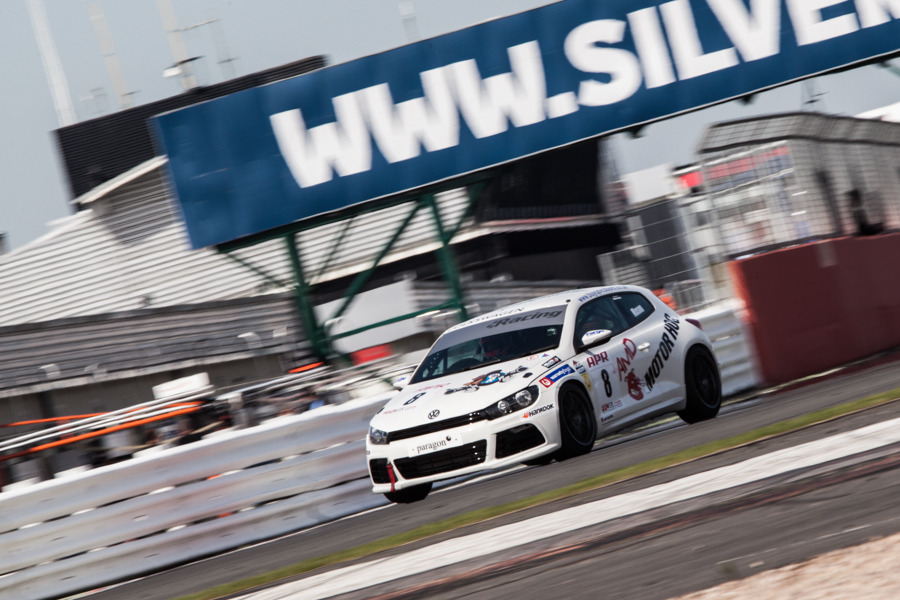 Aaron Mason has been reinstated as the winner of the weekend’s first APR Volkswagen Cup race at Silverstone, after his five-second penalty that dropped him to third was rescinded.

The time penalty was handed to the AWM/Warranty Direct driver after he was judged to have stretched the rules regarding respecting the track limits – a problem throughout the weekend’s racing due to the many run-off areas around the Northamptonshire circuit.

Phil House therefore took the victory having finished just over a second behind his fellow Scirocco rival, resulting in a situation where both House and Mason discovered the news that their positions would be affected just as they climbed out of their cars in pit lane afterwards.

Mason, who had dropped to third position behind Ross Wylie, has since been reinstated as the winner, House and Wylie rounding out the podium places.

Henry Gilbert will start on pole position for the day’s second race, Martin Depper starting alongside him after they were involved in a superb fight for fourth in the opening encounter.