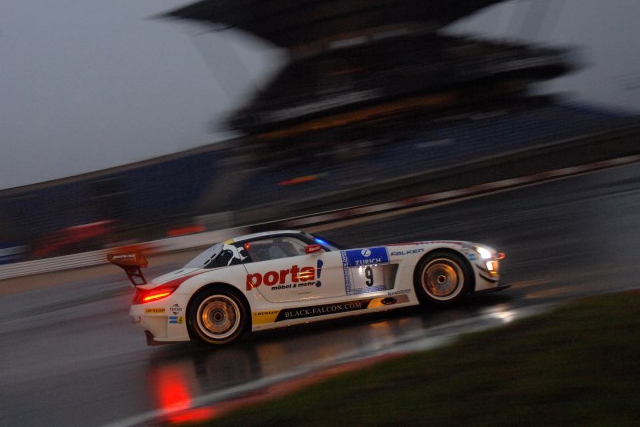 At the twelve hour mark the clock on the 2013 Nurburgring 24 Hours continues to tick, but with the race still under the red flag that came out shortly before the six hour mark.

Heavy rain has continued to fall around the 25km Nordschleife, the conditions further complicated by fog descending around the Eifel mountains.

With the current order – as least as we understand – taken from the standings after lap 32 the Aston Martin Racing Vantage GT3 leads the race, with the Manthey Racing SP7 car in second, its GT3 teammate third.

BMW Sports Trophy Team Marc VDS hold fourth with their #26 Z4 GT3, the #22 of ROWE Racing is fifth. The #25 Marc VDS that led when the red flag was thrown is scored in eighth place.

The next announcement, hopefully moving us towards a restart will be made at 6am local time.

By Michael Callander
2 Mins read
BMW have announced that the new M4 GT3 has already clocked up 12,000 kilometres while testing in Spain. It’s set for a competitive debut in 2022.
Nurburgring 24 HoursNürburgring Endurance SeriesSportscars