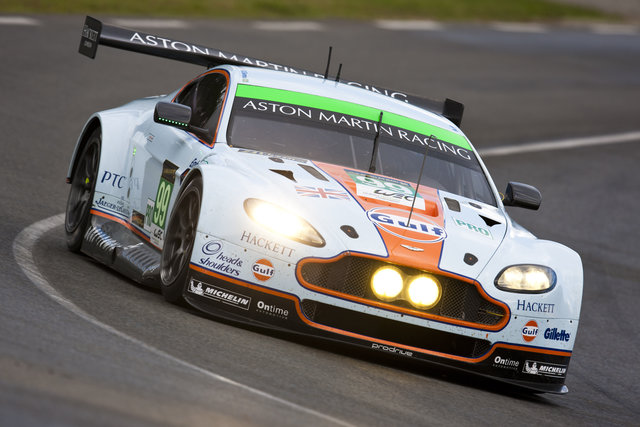 Aston Martin Racing continue to dominate the GTE Pro class with the #99 Vantage GTE driven by Bruno Senna, Rob Bell and Frédéric Makowiecki setting the class pace in the ninth hour with the #97 of Darren Turner, Stefan Mücke and Peter Dumbreck now in second place.

The third Vantage GTE in the Pro class of Pedro Lamy, Bill Auberlen and Paul Dalla Lana sits in eighth place while the #96 Am car is ninth in class.

Following on from the tragic accident that took the life of Aston Martin Racing driver Allan Simonsen the team continues to race on at the insistence of his family who have now been flown home to Copenhagen by the team.

CEO of Aston Martin Racing, David Richards, commented “Incidents like this are very rare but when they happen you have to make decisions based on a number of factors – in this case the wishes of the family were paramount.

“We spoke with Allan’s family who were insistent that we continued to compete in the 24-hour race. The team is, of course, deeply saddened by the loss of one of our drivers, however we are as focused as ever to win this race, but we are now racing to win for Allan.”