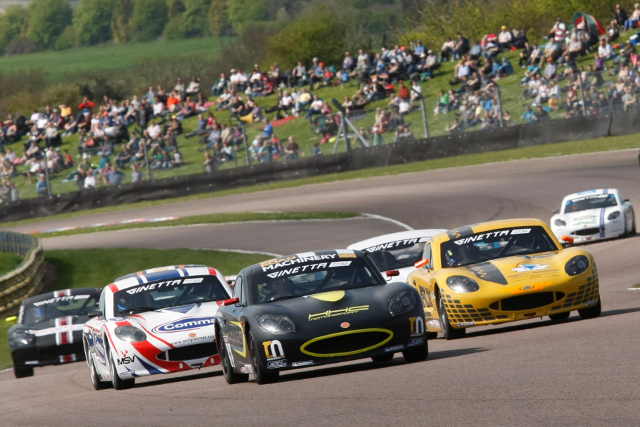 This time two years ago, The Checkered Flag wrote about how the first half of the 2011 Ginetta Junior Championship had been all about one driver, with Seb Morris having won seven of the opening ten races to build an 88 point advantage in the points standings.

Little did we know then that two years later, Harry Woodhead would come along and produce an ever better, near-perfect opening half of the season to redefine the meaning of ‘dominance’.

The reigning Ginetta Junior Winter Series champion has been the class of the field over the first three months of the campaign, stringing together a simply sensational run of ten consecutive victories in ten races. 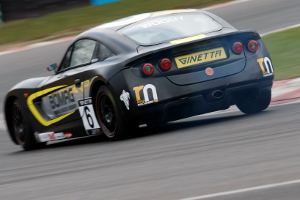 The Rear Of Woodhead’s Car Has Become A Familiar Sight For His Rivals – Credit: Jakob Ebrey Photography

A pair of victories on the opening weekend at Brands Hatch were ominous, and his dominance hasn’t wavered since. With nine pole positions out of ten, the HHC Motorsport driver has regularly led from the front, with six race fastest laps proving that once he’s made a gap, he isn’t going to get caught.

On the occasions he has been passed, Woodhead has shown tenacious race-craft to fight his way back into the lead, with that determination to win being the key to him building a seemingly unassailable 135 point lead at the top of the championship standings at the halfway stage.

Woodhead hasn’t been without competitive rivals though, with fellow returning drivers Ollie Chadwick, Tom Jackson, Will Palmer and Keith Donegan all heading into the season with championship aspirations.

At the start of the season, many tipped Chadwick as the championship favourite in this third year in the series, however the JHR Developments man has been unable to piece together the consistency required to challenge Woodhead. Two lowly finishes and two retirements have counteracted his five podium finishes to date, leaving him a lowly sixth in the championship standings, 195 points behind the leader. 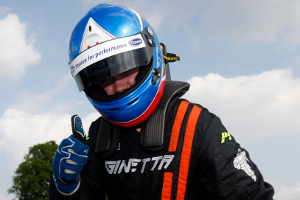 Palmer Has Slotted Into Second In The Points – Credit: Jakob Ebrey Photography

Woodhead’s team-mate Will Palmer has subsequently emerged as Woodhead’s closest rival in the standings, albeit a long way behind. In his second season in the series, Palmer has taken five podium finishes, and been the only driver other than Woodhead to have secured a pole position.

Close behind in third and fourth are Jackson and Donegan respectively, with Palmer and Donegan separated by just fourteen points. Jackson has produced strong qualifying pace with four front row starts, more than anyone else bar Woodhead, with this helping him to three podiums, whilst battling Irishman Donegan has secured five.

One of the most intriguing battles emerging in the championship has been the fight to be the top rookie.

Jack Rawles took the best results on the opening weekend at Brands with a pair of top six finishes, however James Kellett hinted at his potential with fastest lap in race one, pace he converted into an overall podium finish next time out at Donington Park. 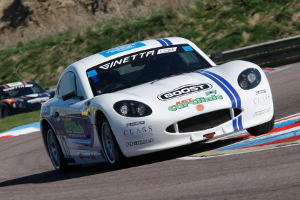 Kellett Is Best Of The Rookies At The Moment – Credit: Jakob Ebrey Photography

Consistent top six finishes since then means Kellett sits best of the rookies in fifth in the points at the moment, with the next best in the points being Jack Mitchell. The privateer has grown as the season’s gone on, taking four top five finishes in the last four races, including an outright podium at Oulton.

Having a tough initiation into the always action-packed championship though has been Ginetta Scholarship winner Jamie Chadwick. The 15 year old started the season well, mixing it up in the top six, however she has found the going tough in recent meetings, with mechanical gremlins and incidents losing her ground in the rookie battle.

The second half of the season is shaping up to be an intriguing affair then, with the battle to end Woodhead’s winning streak sure to be hotly contested. Chadwick, Palmer, Jackson, Donegan and the rookies are all looking to take that extra step up on the podium, and begin to close down Woodhead’s extensive lead at the top of the championship standings.

Championship organisers meanwhile are expecting a rise in entries numbers over the remaining five rounds, with the grid having been stuck around the dozen mark so far for a second consecutive season.

1. Jamie Chadwick – The scholarship winner hasn’t made the impact she was hoping to in the championship yet, but the 15 year old is learning more and more in each race and will be pushing for podiums by the end of the season.

2. Tom Jackson – After a learning year in 2012, Jackson has moved right into the mix at the front of the field. A regular podium finisher, his next goal will be to beat Woodhead and get his first coveted race win.