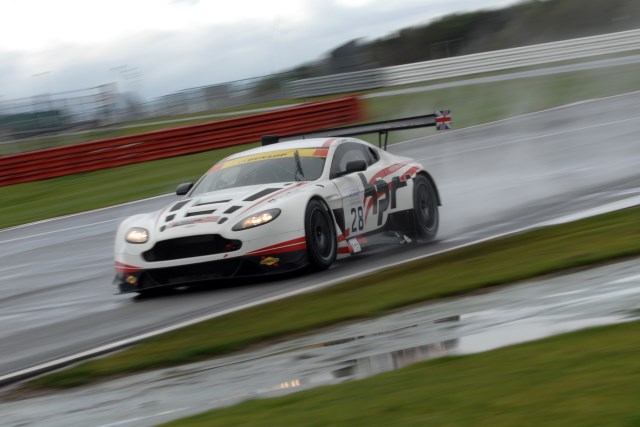 Horsepower Racing face a challenge in this weekend’s Britcar 1000km race at Silverstone as the Scuderia Vittoria-led team try to take the overall championship lead in the MSA British Endurance Championship (BEC).

Drivers Paul Bailey and Andy Schulz have taken two overall and Class One wins in their Aston Martin Vantage GT3, but trail Class Two leaders Team Parker Racing by three points on the overall championship. In the most recent BEC the pairing failed to finish, after suffering a mechanical failure on the Brands Hatch Grand Prix circuit.

For this weekend’s race – the longest on the BEC calendar – Bailey and Schulz will be joined by Scuderia Vittoria team manager Tom Ferrier.

“I’m very thankful for the opportunity and it’ll be good to blow off the cobwebs,” admitted Ferrier. “I can’t even remember the last time I raced so it’ll take a few laps to get back up to speed, I’m sure.”

“We’re still mulling over strategy. The length of the stints will primarily be dictated by fuel use so we’ll know how long they’ll be once we’ve been testing. Winning our class is usually the aim, but there will be a lot of traffic to negotiate and, generally, getting to the finish is the main exercise in the Silverstone 1000k. Anything other than that would be a bonus.”

As well as their normal rivals in the premier class of the series the team will have to contend with a strong invitation entry – including teams from British GT regulars Barwell Motorsport and Team LNT – and the addition of cars from the Britcar Production Championship, the sister series to the BEC sharing the track with the GT cars in the six hour showpiece.

“I think Sunday’s race is going to be mainly about reliability,” Schulz predicts, “although it’ll be interesting to see how we face it, i.e. whether we can think of a strategy to win the race or one that simply gets us to the end. The difference in closing speeds to the Production Cup runners is my main concern. The circuit is quite wide and there’s a lot of space to pass, but it will be quite easy to get wrong-footed. I’ll just use some discretion and be more patient than I normally would be in a shorter race to ensure that we finish.

“Achieving points for winning our class or winning the race outright would be fantastic, but I just hope our bad luck is out of the way after the disappointment of Brands Hatch.”

www.theCheckeredFlag.co.uk will have full coverage of the Britcar 1000km weekend from Silverstone.