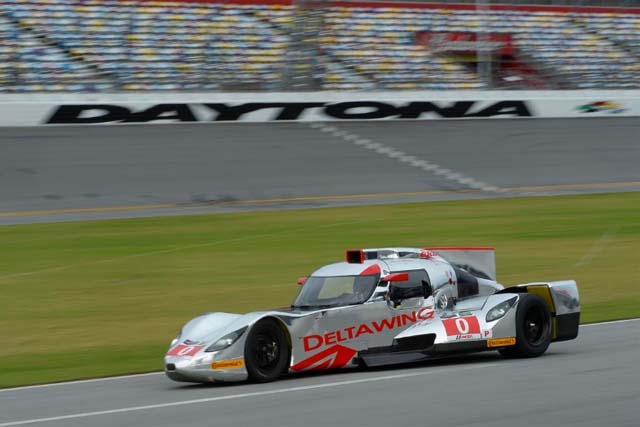 Alexander Rossi will join Andy Meyrick and Katherine Legge in the DeltaWing team for the 2014 Rolex 24 at Daytona.

The 2013 Caterham GP2 and F1 reserve driver’s first taste of endurance racing came in 2013 when he finished 11th in class at the 24 Hours of Le Mans with a Greaves Motorsport and Caterham entrant in the LMP2 category.

“The 24 Hours of Daytona is an important motorsport event and I’m honoured to be driving for Don Panoz and his DeltaWing project,” said Rossi. “Being able to race and work with Panoz is a bit surreal for me, as I grew up karting and watching his rich history in American motorsport and the cars he designed. I’m fairly new to endurance and sports car racing, but after the success of Le Mans I’m looking forward to the new challenge of Daytona. It’s also a privilege to work with experienced teammates like Katherine Legge and Andy Meyrick.”

Meyrick and Legge will continue their association with the team after racing the revolutionary DeltaWing coupe throughout the 2013 season, which included a test at Daytona last month for early work going in to the 2014 campaign.

“Katherine and I are looking forward to having Alexander join us at Daytona,” added Meyrick, who will make his Daytona race debut at the Rolex 24. “He’s one of the most promising single seat drivers in the world and it will be fascinating to see him in the DeltaWing. As an American driver, it will be great for him and for the team. We had a very strong test in November; we set some good times, very consistent times, especially since it was our first time on the banking. The Roar gives us a great chance for the three of us to work together, to continue to learn about the tyres, make sure the car is reliable and to work on performance and consistency. I’m very excited.”

“It wasn’t complicated,” Team Manager David Price said of getting Rossi to join the team. “I asked him if he wanted to do Daytona and he said yes! There are not an abundance of American drivers in Formula One right now, so to have someone of his ability to drive for us is significant. Daytona is a circuit that suits the characteristics of this car; we were competitive at the test last month so we will focus on reliability and build on that going forward.”

All three of the DeltaWing drivers will participate in the ‘Roar Before the Rolex 24’ test session at Daytona ahead of the late-January race.