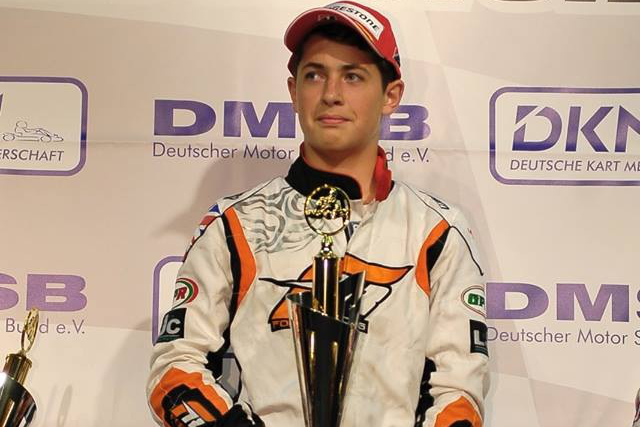 Jamie Caroline has become the latest driver to enter the 2014 Ginetta Junior Championship.

The 14 year old joins the grid after impressing in the Ginetta Junior Scholarship at the end of 2013. Despite losing out to eventual winner Alex Sedgwick, Caroline impressed the judges en-route to a top four finish.

The Surrey-based racer has a successful karting track record, the former Honda Cadet Super One champion finishing his karting career as the 2013 KF3 British Open champion.

“I am hoping to emulate my karting success as I make the progression into sports cars,” said Caroline, who is targeting the Rookie Cup title and outright podium finishes in 2014.

“Ginetta is a household name on the British Touring Car Championship package, and with my sights set on an eventual BTCC drive, I believe the Ginetta Junior Championship the perfect place to continue my racing career.”