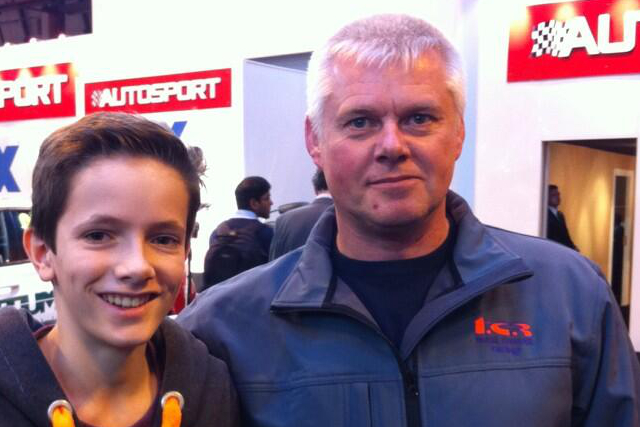 The 14 year old joins the grid after just two years competing in karting, the Oxford-based racer competing in the Comer Cadet British Championship in Formula Kart Stars in 2012, before racing in the Mini Max Class in the Super 1 National Championship last year.

Chapman, who is TCR’s first confirmed driver for their first Ginetta Junior campaign, got his first taste of a Ginetta G40J in the annual Ginetta Scholarship event at the end of 2013, impressing the judges on his way to second place behind Alex Sedgwick.

“I really enjoy driving the Ginetta G40 and can’t wait for the first race,” said Chapman, “I have a lot to learn, that’s why it’s important to work with people I trust to guide and teach me. With Lee Brookes’ experience of driving touring cars and the professional setup of TCR, I believe we will have the best chance of challenging for the Rookie Cup.”