Epps: “The US Gamble Is One I’m Glad I Made” 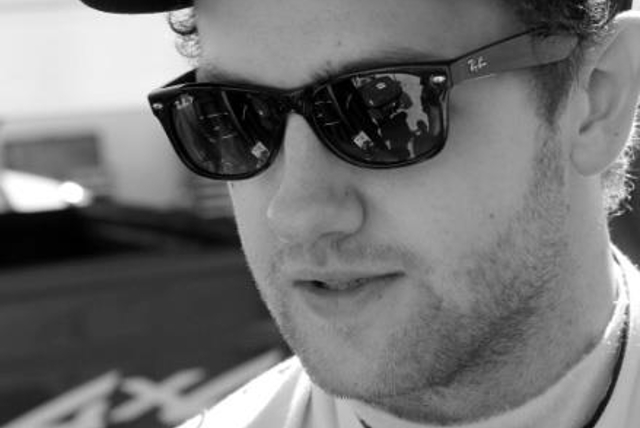 2013 was a key season in the career of single-seater driver Michael Epps.

After two seasons competing in Formula Vee and then Formula Renault BARC in the UK, the 21 year old made the huge decision to move his racing career to the United States, joining the first step of the Mazda Road to Indy Scholarship ladder, the Cooper Tires USF2000 Championship.

It proved to be a mixed first season for the half Brit/half Kiwi, who initially joined the series with PRL Motorsport. Problems over the first four rounds, in which he carded a best finish of eleventh, led Epps to make a change of teams.

With new team Belardi Auto Racing, Epps’ fortunes improved. Five top eight finishes in his first six races with the team followed, with those strong results leading to Epps sticking with the team for his return to the series this season.

The Checkered Flag caught up with Epps at the recent Autosport International Show to get his thoughts on his switch to the US, how the racing stateside compares to the UK, and his hopes for the upcoming campaign.

ME: “It was a season with lots of highs and lows, and it was nice that we could end the year positively. It was really tough at the start of the season, and I found myself in the US after the first couple of rounds at a bit of a loose end wondering what I was going to do.

“We tied everything back up mid-season with the move to Belardi and started to sail. My results were always top ten, top five, and that gives us confidence that with our winter testing, we’re in with a shot this season.”

TCF: How did you develop as a driver in your first season in US racing?

ME: “Going into a new culture of motorsport in the US definitely taught me a lot, including some things that I wouldn’t have learnt over here.

“You’re publicised in front of a lot more people over there, the championships are a lot better broadcasted, so you learn to deal with a lot more social interactions, with bigger crowds, autographs etc, which you get taught younger than you would over here.

“Also when things are going down the pan, I learnt a lot more about how to deal with it properly this year. I’ve thrown a few tantrums, and got into moods of self-doubt, and I’ve learnt more about how to recover from that. I can go into next season much calmer now, and hopefully come out with a few less grey hairs.”

TCF: It was a bit of a gamble moving out to the US for you. After a season, are you happy with your decision?

Me: “I’ve always been a bit of a gambler with my racing, and hopping across the pond was quite a big deal for me. The upside is that over there, you have this real pot of gold that you’re aiming for, whereas over here I found I’d lost some incentive as it’s a case of ‘if I win, where do I go next?’. Whereas if you win there, even if it is all or nothing, there is the clear prize there with the scholarship for the winner. Because of that, the gamble is one I’m glad I made, for my career.”

TCF: Do you miss racing in the UK at all?

ME: “I definitely miss racing in the UK. There’s some differences in rules on track and some other things that I prefer in the UK, that teach you to be a bit harder. That’s why they say when European’s head over to the US they wreak havoc, it’s because the American drivers have been brought up a little more softly, with slightly more timid rules on blocking compared to Europe, where you’re pretty much allowed to do what you like.

“Going over there, it was definitely different and I had a couple of warnings at the start of the year, where I made moves that were just on the wrong side of the line over there, but are normal in Europe, so it was just a case of adapting to the rules.

“Naturally I miss racing in the UK, but I can always come back and do a few rounds back in Formula Vee or something and have some fun.”

TCF: Other than on-track rules, what are the other main differences you’ve found between UK and US racing?

ME: “Mainly it’s the way the sport is run. The whole thing is a big show in the US, you feel like you’re part of a big circus over there that travels around the country. The whole Road to Indy ladder is connected, you’re on the IndyCar bill at every single meeting, and you are made to feel like a real piece of the show.

“You get the interviews and the autographs, and lots of stuff happening on a race weekend, that makes it all feel like a much bigger deal even in the lower formula. Whereas in Europe, it’s not a massive deal until you reach the higher stages like Renault 3.5 or GP3/GP2.”

TCF: With Jack Hawksworth’s success over there, Jack Harvey moving across this year and Formula Ford’s link-up with Mazda, do you feel drivers in the UK are becoming more aware of the benefits of racing in the US?

ME: “I was quite happy to hear and see that connection between Formula Ford and Mazda, with the prize test in the USF2000 car. It was nice to see another Brit get to come over and try it out. It’s good that the UK and US are finally starting to connect, it’s only a 9 hour flight over, it’s not that far really when you think about it.

“Despite that, no-one really seems to know about either side of the Atlantic. British motorsport is its own little bubble, and US motorsport is its own slightly larger bubble. I think if the two were to really work with each other, then both sides would be much better off as there’s a lot of things the UK can learn from the Americans, and a lot they can learn from us.

“At the moment, Britain really has to step up, as America does appear to be the way to go. I wouldn’t be surprised to see a lot more British drivers making the trip over in the next few years, especially with the success Hawksworth’s been able to have.”

TCF: You recently tested an Indy Lights car for the first time, has that made you more determined to succeed and progress up the ranks in the US?

ME: “Every driver can understand me when I say that you’re never quite sure what the next step is going to be like. You can never know whether you’ll be able to handle it or not, you do all you can to prepare, but you don’t know whether you’ll work well with the extra horsepower and downforce etc.

“Once I was into it and got the tyres warmed up, the Indy Lights just felt natural to me. I thought it would feel blazingly fast, but I got used to it quickly and it was really nice to get in and know that I’m capable of posting quick times at that level, which is only one step from IndyCar. It’s definitely driven me to work harder and reach that level, knowing that I can do it.”

“I thought it would feel blazingly fast, but I got used to it quickly.”

TCF: Looking to the 2014 season, you’ve signed a deal to return with Belardi. How did that come about?

ME: “We were working on getting this season sorted the second we signed with Belardi in the middle of last year. The championship was over for us then, so we wanted to heal the wounds, whilst focusing on getting plans together for 2014 as early as possible.

“The team were responding well to my results, I went in and helped bring the team forwards a bit, and we all seemed to work really well as a unit, things were looking really strong. After the final round, we worked out a deal we could both accept and here we are.

“It was nice and early, it’s allowed me to sit back and relax a bit over the winter while other drivers are frantically putting their seasons together. We’ve already done some pre-season testing, which is great, and we’re ready and raring to go.”

TCF: With that in mind, what are your aims for the upcoming campaign?

ME: “I think I can realistically say this year that there is a chance of winning the title. Last year I might have been a little hopeful, there were a lot of things I didn’t consider. This year, a few of the guys ahead of me in the championship have left, leaving me as one of the strongest title contenders.

“We’ve got some more tests planned, as well as the WinterFest at the end of February, before the first race in March. We’re there and ready though, and it’s a nice place to be in.”

By Robert Percy
1 Mins read
McLaren’s Formula 1, IndyCar and Extreme E teams and the McLaren Shadow eSports team will have their 2022 launches on the same day!
IndyCar

By Griffin Schmoyer
2 Mins read
A.J. Foyt Enterprises announces the signing of Tatiana Calderón to race a road and street course program for the team in 2022, the first woman to drive for the team in their history.