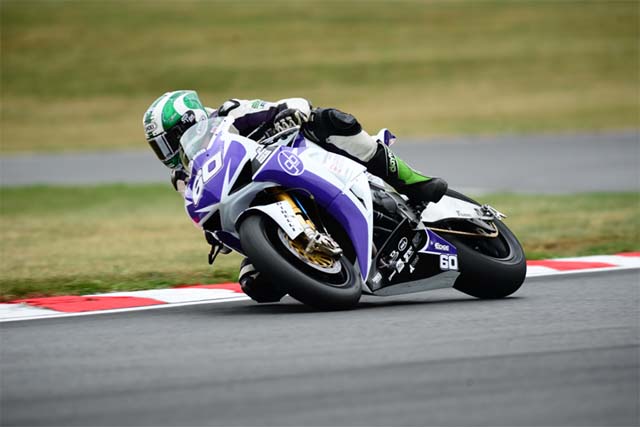 The 26-year-old will ride a BMW S1000RR in the Superbike, Superstock and Senior TT races for the Ice Valley by Motorsave team, run by fellow competitor Paul Shoesmith.

Hickman’s racing career began in 2000 in the British Minimoto and Superteen Championships, and has been a part of the British Superbike paddock since 2004, winning the National Superstock Cup for Hawk Kawasaki – despite missing the opening round due to being too young to ride a 1000cc machine.

He made his British Superstock debut in 2005, finishing ninth overall and gaining a step up into the premier class for two seasons with the Hawk Kawasaki squad. He then moved back to the Superstock class in 2008 with Ultimate Racing, scoring three podiums on his way to third overall in the championship.

His 2008 performances gained him another shot in the BSB, taking the 2009 Privateer’s Cup, scoring a highly impressive 20 podiums in 26 races. Since then he has remained in the BSB, scoring a best result of ninth overall in 2011, scoring a podium at Thruxton and no less than 16 top ten finishes.

The 2012 season saw Hickman move to MSS Bathams Kawasaki, but after scoring ninth in the second World Superbike race at Donington Park with Crescent Suzuki he switched to Buildbase BMW for the second half of the year. 2013 saw him race for GBMoto Honda squad, taking eleventh at the end of the season.

“The TT has been on my radar for a while now when the opportunity came up with Paul Shoesmith I jumped at it,” said Hickman, whose father won the 1977 Lightweight TT race. “I’ve already met up with the rider liaison officers Milky Quayle and Johnny Barton on the Isle of Man and their advice has been invaluable and I’ll be using the next few months to make sure that I get as much preparation in as possible before I make my debut.”