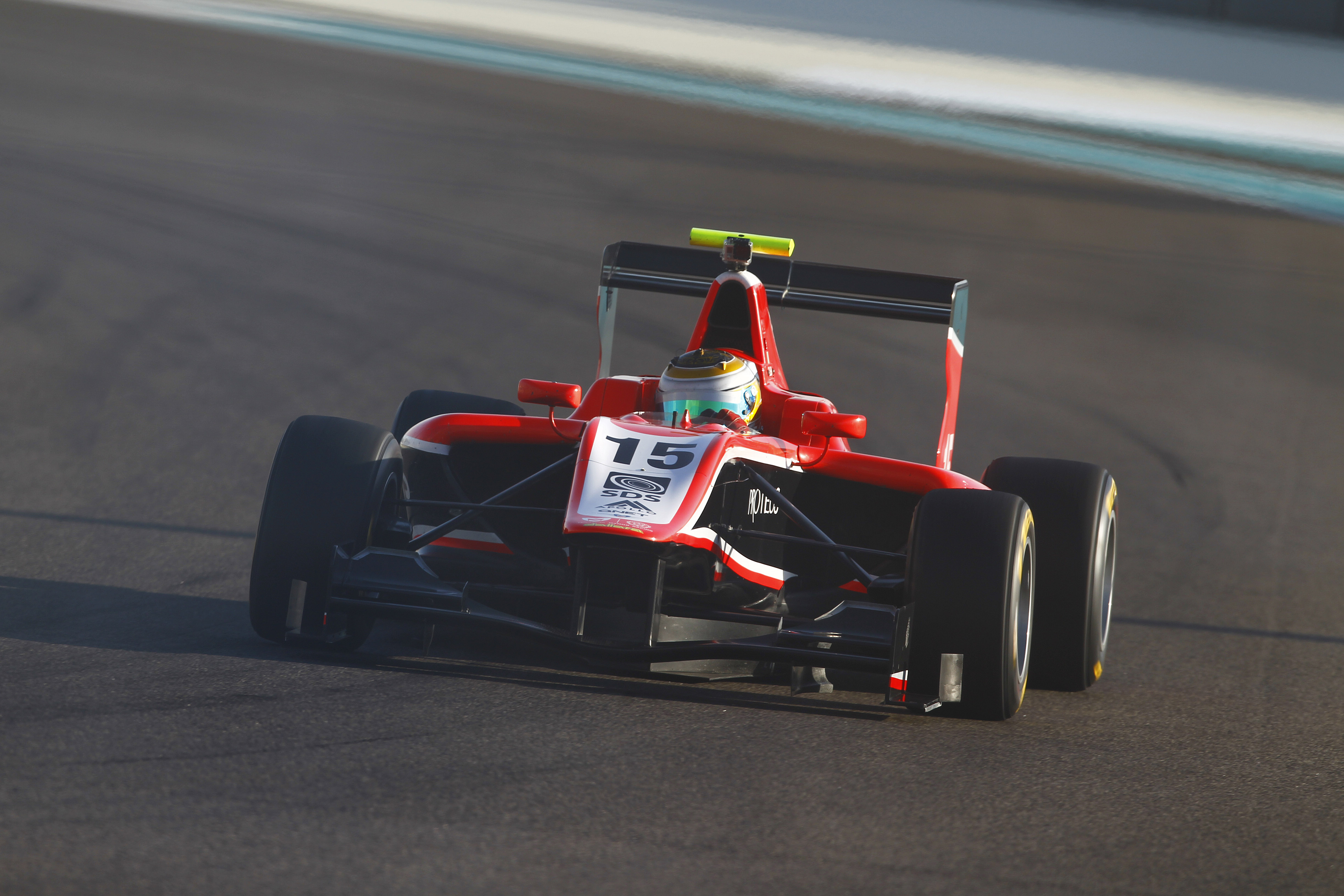 The Marussia Manor Racing team have confirmed the drivers that will race for them during the 2014 GP3 series season.  Former Formula 2 champion Dean Stoneman has signed for his first full season of single seater racing since recovering from cancer, while Ryan Cullen remains at the team for a second season after making his debut in 2013.  Patrick Kujala, who has moved across from the Koiranen GP team, has taken up the third seat.

Stoneman won the 2010 Formula Two Championship and earned himself a test drive with the Williams F1 team, and had signed a deal with Formula Renault 3.5 series team ISR Racing for 2011, but he was forced to miss out on that deal as he was diagnosed with testicular cancer. He made a return to racing in 2013 in the Porsche Carrera Cup in Great Britain, and made a return to single seater racing for Koiranen GP at the GP3 series final race last year, finishing on the podium in the second race.

Cullen had a disappointing 2013 season, with a high finish of seventeenth at both Silverstone and Spa-Francorchamps.  Kujala scored points on two occasions last year, with a high of eighth in the first Abu Dhabi race.

“Once again we head into the GP3 season with great optimism,” says team principal Pete Sliwinski said on the offical Marussia press release.  “This series is the best place for a young driver to prove themselves; highly competitive, with a great car and engine package and running alongside the F1 schedule, which certainly puts their talent in the spotlight.

“We are delighted to have Ryan back in the Team for a second season and it’s great to welcome Patrick and Dean to the fold as they are both highly motivated talented young drivers.”

The three drivers all spoke about the upcoming season, and

“I am very much looking forward to my second season in GP3 and I am delighted to be joining Marussia Manor Racing,” said Kujala.  “The team is new to me but their cars and the series are familiar. I visit the team this week to prepare my seat and to get to know the engineers.

“From there we head to Estoril to begin testing and frankly I can’t wait to get started.”

“It will be great to get back in the GP3 car after the winter break,” admits Cullen.  “Last season was a steep learning curve for me; I think GP3 is a pretty difficult environment in which to learn, but I felt I had made a real step forward towards the end of last year. I head into my second season of GP3 with a lot of confidence, and committed to my task of delivering for both myself and the team.

“I have prepared well and am ready for the challenge that GP3 2014 brings.”

“It has taken us a while to find the right team, but I think we have now established the best balance of support, professionalism and expertise to give me a strong chance of fighting for the championship this season,” said Stoneman.  “Manor has a long history of success at this level and of course the connection to the Marussia F1 Team is obviously exciting.

“I can’t wait to get to the first test in Portugal later this month and start preparing for my full first season back in single seaters for over three years.”