Title Favourite Kellett: “It’s Not Going To Be Easy” 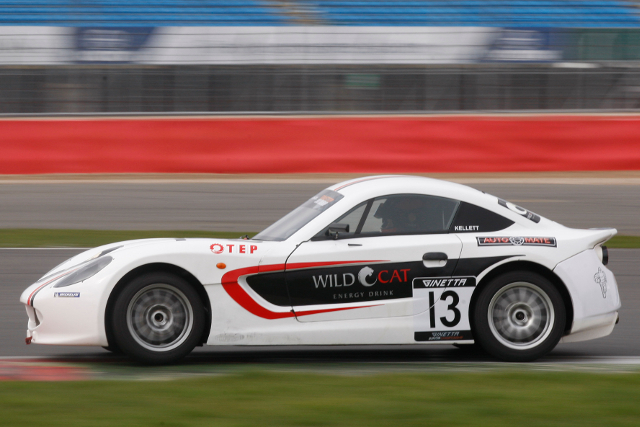 While 2013 Rookie Cup victor and Winter Series champion James Kellett may head into the 2014 Ginetta Junior Championship as the pre-season title favourite, the 16 year old is under no illusions as to the size of the challenge he faces to walk away with the coveted title.

Kellett was one of the stars of the show in the Juniors last season, bursting onto the scene with a maiden podium finish on just the second weekend at Donington Park.

Consistently finishing in the top six throughout the campaign, he reached the next level with a superb maiden win at Rockingham in September.

Those successes mean Kellett is widely tipped as the driver to watch heading into 2014, and with his team HHC Motorsport targeting their third consecutive Junior title, Kellett admits the pressure is on.

“There is a bit of pressure on my shoulders,” he told TCF. “Charlie [Robertson] won it in 2012, Harry [Woodhead] won it last year, and people are saying already that I’m going to win it this year, but that’s not the case, it’s going to be a hard year. People are going to be chasing me and wanting to beat me all year.

“My performances last season have given me a huge confidence boost, but I still say to myself that nothing is going to come easy for me, people aren’t going to hand trophies to me on a plate, I have to go out there and work as hard I can for it.”

Kellett, who has a new lead sponsor in Wild Cat Energy Drinks this season, is ready to hit the ground running at the opening rounds at Brands Hatch next weekend (29/30 March), and is focusing on building a strong early points foundation for his title challenge, as well as continuing to learn as much as possible from every race.

“I’m trying to do what I did last year, build myself up as a driver, getting better and more confident every time I get in the car,” he added. “I have to push hard and do as well as I can at the start of the championship to get points on the board and try to break a bit of a lead, then try and keep it nice and consistent from there.”