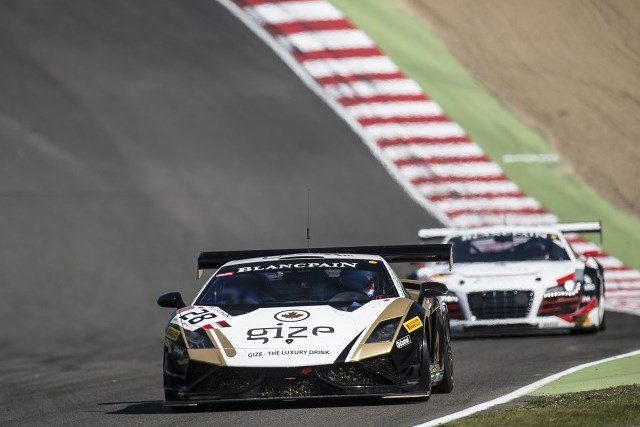 Just had been the case at the end of the earlier qualifying race, Proczyk kept the HTP Motorsport Mercedes of Maximilian Buhk at bay to lead the first phase of the race before handing over the Bleekemolen at the earliest opportunity when the pit window opened.

The versatile Dutchman was then able to extend the team’s lead over the opposition, claiming victory by nearly five seconds.

A slow pitstop meant that Buhk and co-driver Maximilian Gotz were passed by the BMW Brazil car of Mateus Stumpf and debutant Valdeno Brito, but the Z4 was later handed a penalty for an infringement during its own stop.

Second place allowed Nogaro victors Buhk and Gotz to retain the championship lead over Proczyk and Bleekemolen, while the podium was completed by the other Brazilian BMW of Sergio Jimenez and Caca Bueno, which ran fifth in the early stages but used a fast pitstop to emerge on the tail of the Mercedes.

Giorgio Pantano got a great start in his Bhaitech McLaren to move up into fourth at the start ahead of Jimenez, but the team’s race came undone with a poor pitstop and then a wheel falling off once Fabio Onidi had returned to the track.

#1 WRT Audi pairing Cesar Ramos and Laurens Vanthoor finished their weekend with fourth place, having earlier gone from first to sixth over the course of the qualifying race.

Alex Zanardi capped his return to Brands Hatch with a superb fifth place finish. The BMW driver, whose Paralympic success in 2012 came at the Kent circuit, started back in 17th place after a qualifying race spin but progressed forward by staying out of trouble and making great moves like the one he put on team-mate Stefano Colombo into Paddock Hill Bend.

Vincent Abril and Mateusz Lisowski took sixth in their WRT Audi ahead of the Scuderia Villorba Ferrari of Andrea Montermini and Filip Salaquarda and the penalised BMW of Stumpf and Brito.

Rene Rast and Enzo Ide took ninth for WRT with the top ten completed by the second ROAL BMW of Colombo and David Fumanelli.