Cook Ready For The Challenge With Rockingham Penalty 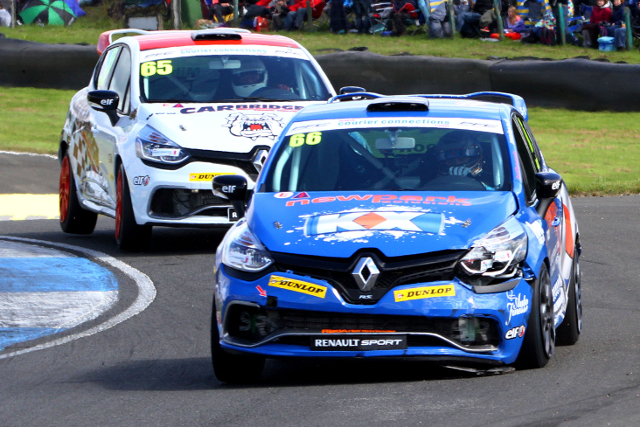 Renault UK Clio Cup championship leader Josh Cook is looking forward to the challenge of fighting his way up the field after being handed a thirteen place grid penalty for the opening race at Rockingham in two weeks time.

In the second race of the weekend at Knockhill, Cook made contact with Paul Rivett under braking for the final hairpin on lap two, spinning the three-time champion around. Rivett went on to finish eleventh, with Cook battling back from last to eighth.

Speaking to The Checkered Flag.co.uk, Cook expressed his dismay at the severity of the penalty:

“It’s very inconsistent with the rest of the penalties that have been handed out this season,” he commented.

“Especially as it was a mechanical issue and not driver error. The Clerk also said he was ‘taking the venue of the next race into consideration,’ which is not allowed.

“I asked to present data showing the mechanical issue and was told it ‘would take too long.’ It’s hugely frustrating”

The penalties not only means Cook’s championship lead is down to sixteen points, but also leaves him facing an uphill battle during the Rockingham opener. The KX Akademy member is relishing the challenge though.

“I love a challenge,” he added. “The awesome bit about being knocked down is the fight on the way back up. I’m going to turn up at Rockingham, pull some paddles, push some pedals and win some trophies.”