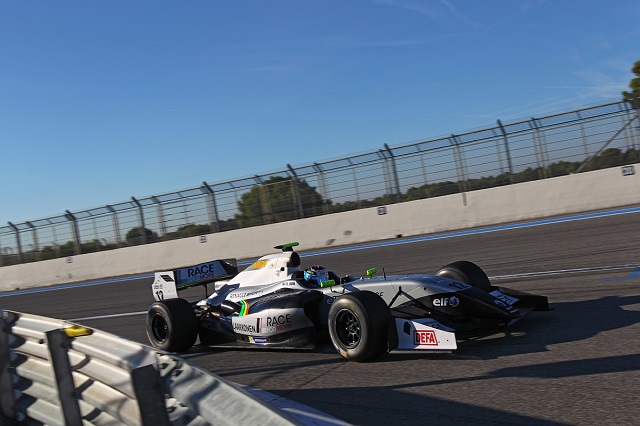 Strakka Racing duo Will Stevens and Matias Lainé had a mixed bag of results at the Formula Renault 3.5 Series event at the Paul Ricard circuit in France as both scored points in one race but missed out in the other.

For Saturday’s opening race, Lainé lined up fourteenth and Stevens twelfth, but it was the Finn who scored the points by finishing ninth. Both drivers had made early progress in the race to move up the order, but the Briton finished twelfth after losing some ground after hitting a kerb.

It was almost role reversal in Sunday’s second race, with Stevens qualifying eleventh, and he climbed into eighth during the pit stop period where he finished. Lainé moved up to fourth during the same period but dropped down the order when hitting the pit lane and eventually wound up fighting with the Oscar Tunjo of Pons Racing and Luca Ghiotto of International Draco Racing before ultimately finishing behind the Colombian and Italian drivers down in seventeenth.

Talking about his weekend, Lainé was happy to be quick during the collective test sessions on Friday, but ultimately felt he was out of luck during the qualifying sessions that ultimately left him on the back foot in both races.

“Friday was fantastic, it was so nice to be second fastest and looking really good – so Saturday qualifying was a bit of a surprise but I was really pleased to pass five cars and get ninth place”, said Lainé. “Sunday’s qualifying was cut short by a red flag but our race pace was again good, we just need more luck in quali!”

Team-mate Stevens felt he had a good car in the first two sectors of the lap but missed out when it matters in the final sector.

“We were quick in the first two sectors but couldn’t get the balance we wanted for the last sector,” said Stevens. “In the first race I had to hit a kerb to avoid another car and in the second we pitted early and jumped a couple of cars. I’m always quick at Jerez, so can’t wait for the final round.”

With the two races to go at Jerez in three weeks time, Stevens currently sits sixth in the championship with 97 points, while Lainé is thirteenth on 39 points. Strakka Racing are themselves sixth in the Teams’ championship on 136 points.

Hélio Castroneves on his return to the Indy 500: “IndyCar is just...