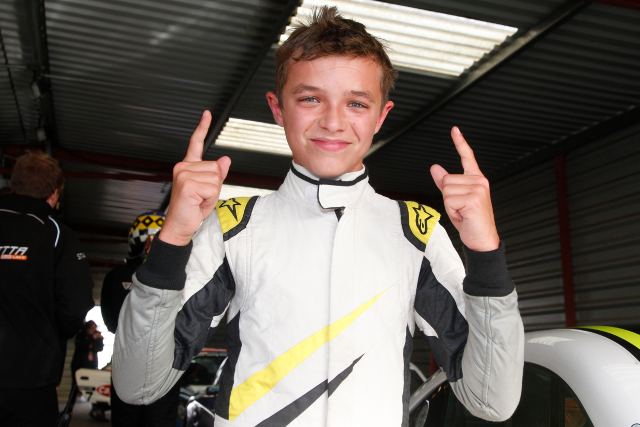 The 14 year old won the junior class in the championship last year, and in his debut season at senior level he took the crown at Essay in France last weekend to become its youngest ever champion.

Those successes are the pinnacle of a superb karting career for Norris, who has also taken titles in Formula Kart Stars, WSK Euro Series, CIK FIA European Championship and CIK FIA Supercup Championship in the last two years.

Norris, who has taken three race wins and eight podiums in his maiden car-racing campaign in Ginettas, is now focusing firmly on cars next season, with a move into single-seaters expected.

“It was amazing and a big achievement in my last kart race. There may be the odd race after this, but I’ll be concentrating on other things next season so it’s brilliant to finish on a high,” said Norris.

“I haven’t had a great season in terms of winning things, so it’s made the season all the better. I raced well and was really fast, it was a really great weekend.”