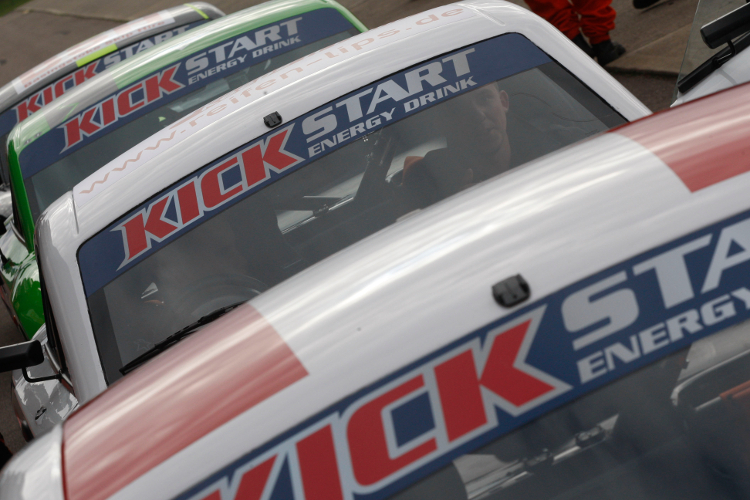 An increased partnership between Ginetta and Global Drinks will see the drinks business continue as the title sponsors of the Ginetta Junior Championship with its Kick Start Energy brand, alongside additional new branding in the Michelin Ginetta GT4 Supercup.

After a trial sponsorship at the end of 2014, the agreement has been made to continue the title sponsorship of the Juniors into 2015, alongside the addition of Amigos Beer branding on all Supercup entries.

“We’re proud to be a key partner to Ginetta, both through our headline sponsorship of the Ginetta Junior Championships with KICK Start Energy and our support of the Ginetta GT4 SuperCup with Amigos Tequila Flavoured Beer,” said Steve Perez, chairman of Global Brands.

“We chose to support the KICK Start Energy Ginetta Junior Championship as it presents a rare, genuine opportunity for young drivers to develop their driving skills and kick start their motorsport careers, making it a perfect brand fit! “

Perez himself will be competing in the Supercup in 2015, with his Amigos Beer-liveried Ginetta G55 having been on show on the Ginetta stand at the Autosport International Show, while his son Sebastian will contest a full season in the Juniors after a part-campaign at the end of 2014.

“We are delighted to announce our extensive partnership with Steve Perez and Global Brands,” added Ginetta chairman Lawrence Tomlinson.

“It’s an absolutely perfect fit for all involved and given the KICK Start Energy Ginetta Junior Championship’s enviable position as the busiest BTCC-support series this year, they couldn’t have chosen a better time to align themselves with us.”