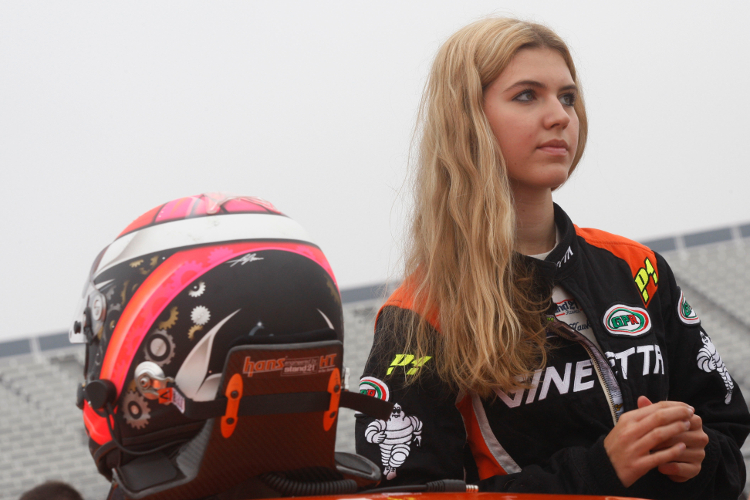 Esmee Hawkey will link up with reigning champions JHR Development for her first full season in the Kick Start Energy Ginetta Junior Championship in 2015.

The former Easykart vice-champion joined the championship for the final three meetings of the 2014 campaign with BTCC outfit AMD Tuning.

Whilst it was a steep learning curve for Hawkey, she put in some positive performances with two top fifteen finishes and hopes to build on that experience this year.

“I can’t wait to get back in my new race car, I am really looking forward to working with JHR this season, to run at the front and fight for the rookie cup,” said Hawkey.

While not returning with the team in 2015, Hawkey hopes to continue working with AMD in the future.

“A big thank you to AmD for their preparation last year,” she added. “I hope to continue the association and look forward to taking up their offer of a test in their Touring Car at a later stage.”

Hawkey is JHR’s first confirmed signing for the 2015 campaign, with Dan Zelos and Senna Proctor expected to confirm returns to the team in the near future.

JHR team principal Steven Hunter added: “Esmee is working hard with the team and we have already seen a substantial improvement over the first couple of tests.

“I’m sure she will surprise people in the season ahead, and we are really pleased to have her at JHR.”