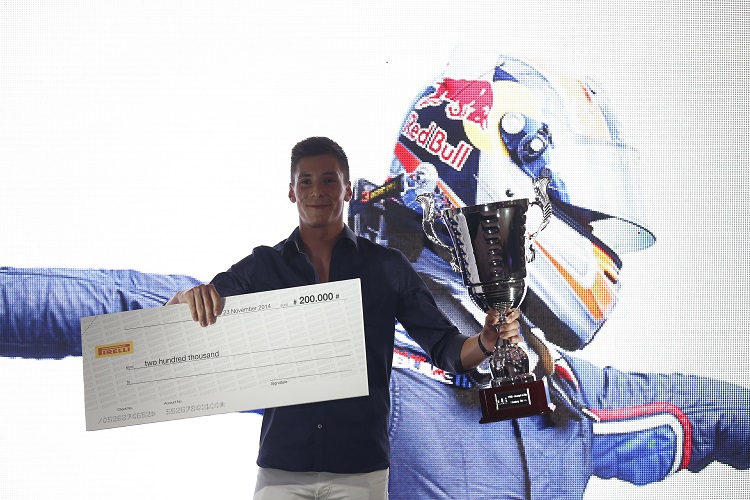 2014 GP3 Series champion Alex Lynn will receive significant support from Pirelli as he moves to GP2 Series team DAMS in 2015.

Pirelli offer a 200,000 Euro assistance to any driver who wins the GP3 Series title and then moves up straight into GP2 the following year, and Lynn has taken advantage of this to join Pierre Gasly in the French team for this season.

Pirelli’s Motorsport Director Paul Hembery is pleased that Lynn moved up to GP2 in 2015 having taken the GP3 Series crown in 2014, believing it was a logical move for the Briton.

“We are delighted that Alex Lynn has made the logical progression from GP3 champion to GP2 contender with Pirelli,” said Hembery. “His performances in 2014 underlined his potential and we are all excited by the prospect of watching him take the next step of his career using Pirelli tyres, and pleased that we have been able to make a valuable contribution to his racing campaign for 2015.”

Lynn himself was grateful for the support from Pirelli that enabled him to get such a coveted drive, with DAMS having taken their drivers to three of the past four GP2 Series titles.

“It’s obviously a nice help and alongside my sponsorship it’s an important step,” insisted Lynn. “It’s also good that you can get help to go from GP3 into GP2.”