The 20th edition of the MCE British Superbike Championship is just days away and it is going to be the biggest in its history, but is there anybody that can stop Shane ‘Shakey’ Byrne from winning back-to-back titles?

Byrne made history last year as he became the first rider ever to become a four-time BSB Champion on board his Paul Bird Motorsport (PBM) Kawasaki following a season-long battle with Ryuichi Kiyonari.

The Japanese superstar was back to his best and reminded everybody why he is a triple BSB Champion. Unfortunately for Kiyonari, injury ruled him out of the last couple of races meaning he couldn’t take the title fight all the way down to the wire.

For 2015 an astonishing 40 riders, representing 11 different nations, will take to the grid – all looking to find themselves in the Showdown at the end of the season.

The grid will be full of both experience, with 11 race winners on the grid, and youth including 22-year-old Taylor Mackenzie, son of former BSB champion, Niall Mackenzie.

Of course it will be Byrne that starts the season as the favourite, especially after topping the timing sheets at last week’s one-day Test at Donington.

The PBM racer managed to post the quickest lap-time despite still being injured after crashing out during a pre-season test in Spain. Byrne was left was severe bruising and swelling to his feet and had to have surgery on his wrist, but this doesn’t seem to have slowed him down one bit.

Ryuichi Kiyonari will be hoping for a championship challenge in 2015 (Credit: MCE British Superbike Championship)

Buildbase BMW’s Kiyonari will be looking to take the fight to Byrne from the get go and showed some great pace at the Donington test. The 32-year-old will need to take the coming days steady though following a nasty-looking crash towards the end of that session.

If Kiyonari rides like he did last year then there is no doubt in my mind that he will be challenging for the title this season.

Both Byrne and Kiyonari will have to be at the very top of their game however, with plenty of manufacturers and top riders ready to challenge their supremacy at the top.

The Milwaukee Yamaha team will once again be headed by Australian Josh Brookes, who remains in the series for a seventh year.

Brookes has been runner-up twice during that time and has never finished outside the top five in the standings. He managed 11 podium finishes last year, including four wins, and will definitely be one to watch yet again in 2015.

Brookes’ determination to win the BSB Title is clear for all to see and the new Yamaha R1 has gone through a lot of development over the winter.

Tyco make the switch from Suzuki to BMW for 2015 and have a very strong line-up in former Moto GP star Michael Laverty and last season’s third place finisher, Tommy Bridewell.

Laverty returns to the championship following two years with the PBM team in Moto GP and will be hoping to pick up exactly where he left off back in 2012 – fighting for podiums and race wins.

In Bridewell, Tyco have one of the best young riders on the grid and somebody who I believe to be a future champion. Bridewell has vastly improved over the past few seasons and will definitely have the pace to challenge the likes of Byrne and Kiyonari.

2015 sees the return of the Honda Racing team, who took a year out of the championship following their title winning campaign with Alex Lowes. Honda will have a three-pronged attack on the title in 2015, with Dan Linfoot being joined by National Superstock runner-up Jason O’Halloran and BSB’s only female competitor, Jenny Tinmouth.

Linfoot managed to secure a place in last season’s showdown (5th) and will be looking to finish even higher on the Honda Fireblade machine. Consistency was the issue in 2014, with Linfoot often struggling in race two of many of the rounds. If the Donington test is anything to go by, Linfoot will be challenging for the podium this weekend after posting the fifth fastest lap-time, just 0.284s behind Byrne.

JG Speedfit Kawasaki’s James Ellison will be hoping for an injury-free 2015 as he looks to put in a title challenge. Ellison’s Showdown hopes were brought to a premature end last year after suffering from a broken femur after a huge crash at Brands Hatch.

Up until that crash Ellison had achieved an impressive six podium finishes from the first six races of the season and was definitely in contention. The team have been working hard over the winter, undergoing extensive testing at both Cartagena and Gaudix, to further develop their Kawasaki ZX-10R machines.

Jenny Tinmouth is the only female rider in the series in 2015 (Credit: MCE British Superbike Championship)

The regular teams in the paddock also have a couple of new challengers to compete with in 2015, with the arrival of Tommy Hill’s Be Wiser Kawasaki Team and Smiths Racing BMW.

The 2011 Champion has brought in a mixture of experience and youth, with series veteran Chris Walker riding alongside the returning Danny Buchan. Hill’s team have already shown that they will have to be taken seriously, with Buchan finishing in a highly impressive second place at the Donington test. The 21-year-old won the National Superstock 1000 Championship last year and looks to have settled right-back into things on the Superbike.

Buchan is certainly in the right place to learn and improve his riding but I have no doubt that Walker will be keeping him on his toes after enjoying a competitive season last year.

As for Smiths Racing BMW, they move-up to the Superbike class after winning the British Supersport Championship in 2014. The team have regained their title-winning rider from that campaign, Billy McConnell, and with BMW power they could be a surprise package in 2015.

Along with the new team in the paddock, we also have a string of new talent heading into the championship.

Team WD-40 Kawasaki brings in the aforementioned Mackenzie and also former World Supersport rider, Jack Kennedy, into the championship for the first time. The team have a great youth set-up and is the right place for the two youngsters to be with points-place finishes being the aim. 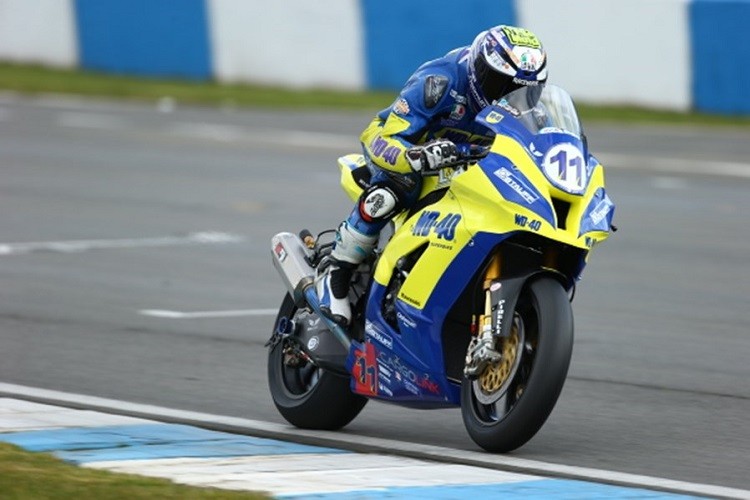 The 2015 BSB season is set to be one of the all-time greats, with so many top riders and teams all fighting to be in the top six Showdown towards the end of the year. Each round is going to be very competitive, with the likes of Kiyonari, Brookes, Ellison, Laverty and Bridewell all looking to try and take the title away from Shakey Byrne. With the fight at the front, coupled with the influx of fresh new talent to the series, 2015 is sure to be full of excitement and unpredictably from the very first time those red lights go out.

It all gets underway this weekend at Donington Park, with the practice sessions taking place on Saturday, qualifying on Sunday and the races themselves on Easter Monday.