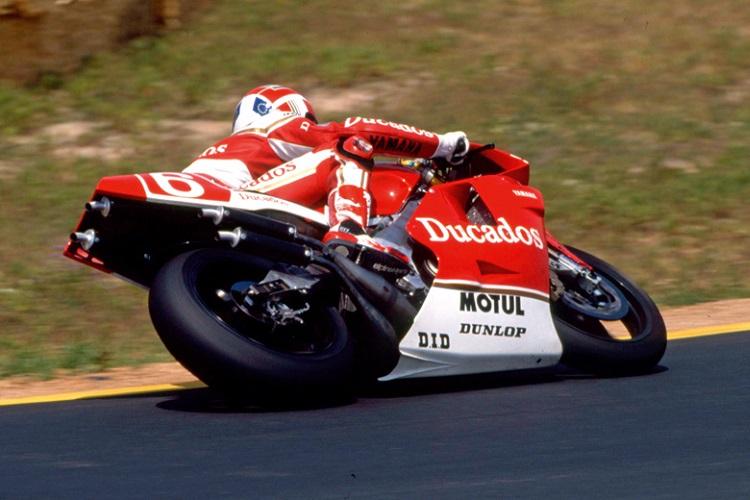 Garriga joins an ever-growing list of legends that have signed up for the event, which takes place between June 19-21, including Kevin Schwantz, Loris Capirossi and Wayne Gardner.

The 51-year-old is widely remembered for playing his part in the 1988 250cc world championship battle with fellow Spaniard, Sito Pons.

Garriga won three races on-board his Yamaha that season but just missed out on the title, with Pons being crowned as the champion by just 10 points on his Honda.

Speaking about the World GP Legends event, Garriga said: “I think this is a fantastic initiative to bring back the old glories of our sport. No one has ever done this before, and I think it will be a resounding success. Can you imagine Freddie Spencer, Kevin Schwantz, Wayne Gardner, Loris Capirossi and everyone else returning to fight as if the clock has been reversed? It’s going to be amazing.”

All of the legends involved with this unique event will be racing the original machines that they used back during their careers, with all of them wanting to be as competitive now as they were back then.

Garrigo added: “As soon as I was asked to take part in this event I started to schedule practice sessions in the gym and at the race track. I think it’s going to be a pretty big party at Jerez in June.”

The weekend will feature some of the best machinery used in Grand Prix Motorcycle Racing from 1980 to 2000, with 125cc, 250cc and 500cc bikes all making an appearance.

Along with all of the racing action on the track, there will also be plenty of entertainment off it, with music performances from Bonnie Tyler and former World Superbike Champion, James Toseland

Weekend tickets for the World GP Bike Legends event are still available at the early bird price of €55 and will allow fans to access the grandstands, as-well-as the race paddock.

Josh is a Sports Journalism graduate and has been a member of the TCF team since 2015. Between 2015 and 2018, Josh focused primarily on British Superbikes and Road Racing events such as the Isle of Man TT. At the beginning of the 2019 season he became the MotoGP Reporter.

Lorenzo Baldassarri – The King of Spain in Moto2

Crutchlow looking to kick-start his season at Jerez

Rins hopeful of challenging for the victory at Jerez

Rossi stresses the importance of Jerez weekend for Yamaha

Smith Returns to action at Jerez with Aprilia Wild Card

Pasini steps in for Dixon at Jerez

Canet tops the second day of Moto3 testing at Jerez