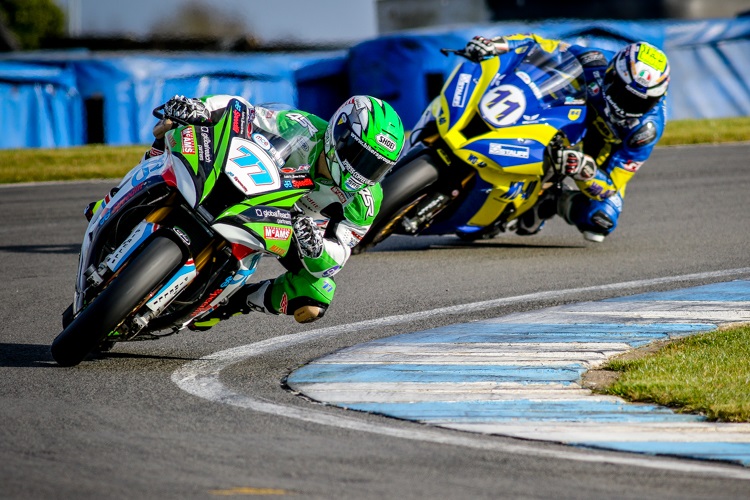 The JG Speedfit Kawasaki Team are ready to compete at this weekend’s opening MCE British Superbike Championship round at Donington Park.

The team’s riders, James Ellison and James Westmoreland, have gone through eight days of intensive testing ahead of the new season in order to improve their Kawasaki Ninja ZX-10R package.

Following on from more than a year of development on the ZX-10R, and a relatively successful day at the final test last week, both riders are feeling confident ahead of the season opener.

Ellison said: “I cant wait to get out at Donington! Its been such a long winter waiting for a race weekend, I’m really excited to get going again. I’m feeling really confident coming into the season, testing went incredibly well and we’ve improved the bike with each outing.

“Last year we struggled with using the Pirelli SC1 tyre, which is what we need for the slightly cooler conditions, so we spent all our time in Spain working on that and we’ve now found a really good setting so our race pace is certainly there. We’ve improved the engine and suspension over the last year too so I’m pretty confident that we can be pushing from the off and I’ll certainly be going for the team’s first win this weekend.”

Westmoreland has been using the Spanish tests and the one-day test at Donington to adapt to the ZX-10R following his move from the Buildbase BMW team.

He said: “This weekend is what the winter training has been about and I’m ready to get going! Testing was very productive and we managed to work through a lot of things, so I’m feeling comfortable on the machine. Obviously the Kawasaki is a new machine for me, so we still have some things to try out during free practice.”

Westmoreland said: “ I wouldn’t say I prefer Donington more than any of the other tracks on the calendar as such, but its a track I seem to go well at – actually holding the current lap record! Although the weather last week wasn’t perfect, we were still able to get some good laps in and I cant wait to get the JG Speedfit Kawasaki ZX-10R our there this weekend in hopefully better weather!”

Team Principal, Mark Smith-Halvorsen, believes his team has improved over the winter and is capable of mounting a title challenge.

He said: “Testing has been very positive this year and the entire team has worked incredibly hard to give both James Ellison and James Westmoreland bikes that are capable of winning the title. We’ve spent the entire winter refining the machines and I believe we’ve taken a big step forward from last year both on and off the track.