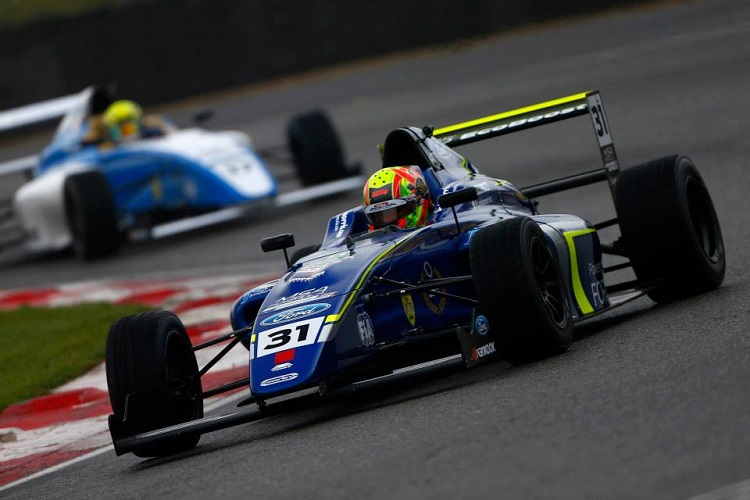 Lando Norris set the fastest time towards the end of the session, at the Donington National Circuit as he hopes to bounce back after his exclusion in the last race.

Sandy Mitchell set the early time, however an incident that resulted in a red flag meant that he could take no further part in the session. By this point only 13 cars had completed a lap, so when the session was restarted, most of the drivers streamed onto the circuit, wanting to make the most of the track time.

After a few laps, the cars were back up to speed. Ricky Collard was the next to top the time sheets with a 1:11.897, however as the times fell, it was Sennan Fielding who was on top with a 1:09.737. With 20 minutes of the session to go, Fielding lead by a commanding 0.6 seconds from Collard and Dan Ticktum.

Enaam Ahmed proved his pace, by racing up to 4th as Ticktum became Fielding’s closest competitor. The two drivers swapped fastest laps, pushing the lap record down. After 6 minutes of close fighting and with 14 minutes left, the two pulled into the pits.

This is when Norris pulled out some quick laps, moving up the order to 3rd and then 1st, one lap later, with a 1:08.288. The times settled down with Norris and James Pull at the top, as Colton Herta finally set his first laps with 5 minutes to go.

The session ended abruptly leaving Norris on top from Pull, Ticktum, Fielding and the impressive rookie drive from Toby Sowery, who has had car racing experience, after winning the MRF Challenge Formula 2000 Championship during the winter.