Ladell: “I Feel Like I’ve Made A Lot Of Progress” 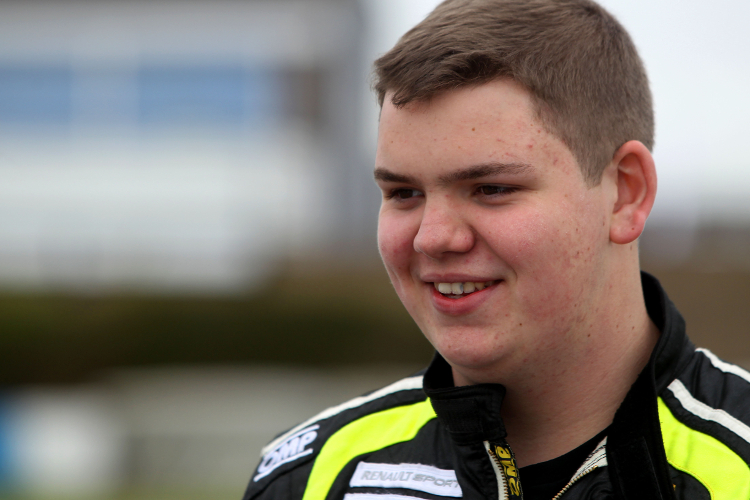 Twelve months on from his Renault UK Clio Cup debut, Charlie Ladell feels he has made real progression in the tin-top category and has set his sights on carding podium finishes and race wins by the end of this season.

Ladell made his series bow at Oulton Park last June, a solid pair of eighth place finishes setting the tone for an impressive first year in the class. Finishing all of the twenty races he’s started, Ladell has only ended up outside the top ten once, featuring inside the top six on nine occasions.

During those races, Ladell has gained a hugely impressive 65 places from his grid starts (35 this season alone), meaning conquering qualifying is the next target for the former Ford Fiesta racer as he aims to improve on his best result of fourth so far.

Speaking to The Checkered Flag at Oulton last weekend, Ladell reflected on his Clio Cup spell to date: “I feel like I’ve made a lot of progress in the last year. In the races I’ve improved a lot, and really it’s just qualifying holding me back at the moment. If we can sort that out, there’s no doubt we can go on and challenge for podiums and race wins.

“In Fiesta’s you had the top five that were quick, whereas in the Clio’s it’s pretty much every car on the grid that can challenge at the front, so it is a really big step up. You have to pay so much attention to your driving, spending time looking at where time can be found and where to improve.”

Ladell (Left) Has Been Right In The Thick Of The Clio Cup Action This Season – Credit: Jakob Ebrey Photography

Ladell started his Clio Cup adventure with WDE Motorsport alongside three-time champion Paul Rivett, but after spending the 2014 season with the team he also raced in Fiestas with, Ladell made the decision to join Team Cooksport for the new campaign.

In the Cooksport camp, the 18 year old has seen himself teamed up with team-mates in similar positions in their Clio careers, with rookies Rory Collingbourne, Jon Maybin and George Jackson currently alongside him in the awning.

Ladell feels the team are working really well together, and that they’re slowly closing the gap to the experienced Clio teams and drivers at the head of the field.

“I was very settled at WDE and had a great time with them, but we wanted to try something new this season,” he added. “I’m really enjoying working with Cooksport. The guidance of Josh Cook has really helped, I’ve got a lot of team-mates to compare data with, and it appears to be working well for the whole team at the moment.

“We all seem to be fairly similar on pace at the moment, so we’re really pushing each other forwards to get the cars to the level where we can compete with the really quick drivers at the front. We’re getting there slowly and hopefully it will come together towards the end of the year.”

Next up for Ladell and the Team Cooksport squad is the visit to Croft in Yorkshire next weekend (27/28 June) for Rounds Nine and Ten of the 2015 season, the final races before the six week summer break.