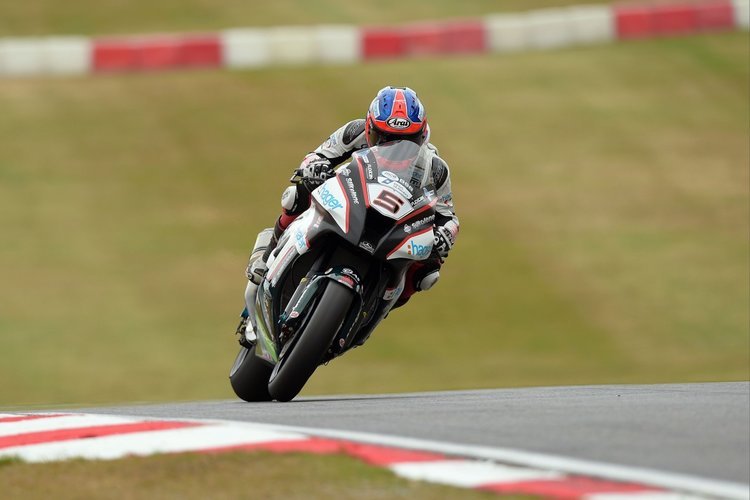 The Scot was involved in a battle for fourth position in race one when he went off the track at high speed going through Hawthorn.

Easton was thrown through the air and hit the barriers with a huge impact, as his bike was sent flying over the barriers and into the bushes.

The 31-year-old was carried away from the incident on a stretcher and it has since been revealed that he has a suspected lower leg fracture, as well as ligament damage to his knee.

Following the incident, Easton said: “I was feeling confident coming into this weekend although we had a few isues getting the bike how I wanted it. I was happy after qualifying although we had a technical problem during morning warm-up which meant we had to change engines.

“I was feeling good in the race then all of a sudden I was flying towards the barriers and although I’ve suffered an injury to my leg, all things considered I was extremely lucky. We’ll see exactly what the damage is and I hope to be back and challenging again soon.”

The double DNF means that Easton has fallen down to fourth in the standings, eight points behind James Ellison.

It is unclear at the moment how long Easton will be out of action but team owner Paul Bird has already confirmed that Ian Hutchinson will return to the team for Thruxton in a couple of weeks time.