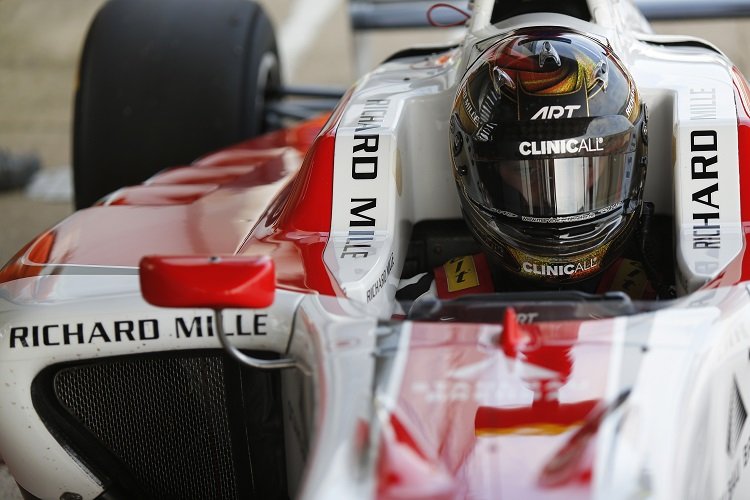 ART Grand Prix driver Marvin Kirchhofer took pole position in qualifying for round three of the GP3 Series at Silverstone.

Kichhofer, who set the initial pace on his opening run, was locked in an intense battle with several drivers for pole position.

Emil Bernstorff was his closest challenger and was the first man out after the majority of drivers’ pitted for fresh tyres and he immediately set the fastest time, dipping into the low 1m47’s.

His spell at the top was was brief though as times began to fall thanks to improving track conditions.

After several changes at the top it was Kirchhofer who was able to take pole position in the closing stages with a blistering time of 1m47,040s, more than a tenth faster than Bernstorff.

Points leader Luca Ghiotto could only manage sixth after setting the pace in free practice. Adderly Fong, who didn’t set a competitive time until the closing stages, followed and Esteban Ocon finished eighth.

Carlin driver Mitch Gilbert finished the session ninth in front of Arden’s Kevin Ceccon who rounded out the top 10.

Ferrari protege Antonio Fuoco and Austria sprint-race winner Oscar Tunjo both struggled to set competitive times, with the latter not leaving the pits until the closing stages. They finished 15th and 21st respectively.

Journalist, broadcaster and PR man. Love to yap and scribble about all things fast and loud. Previously worked with Autosport, ITV and the BTCC.
Articles