Phil Ingram has become the latest aspiring racing driver to win the want2race competition, in the process securing a fully-funded season in the 2016 Ginetta Racing Drivers Club.

The 33 year old was selected as the winner from 300 novice entrants, emerging victorious from a three day event at Bedford Autodrome earlier this week.

Deemed the most competitive and successful want2race event ever, 100 drivers battled it out in the preliminary rounds before want2race and Ginetta selected 26 drivers to join them in Wednesday’s final.

The aspiring racers were given two sessions to impress the judges before the group was halved, with the twelve finalists then competing in head-to-head shoot-outs. 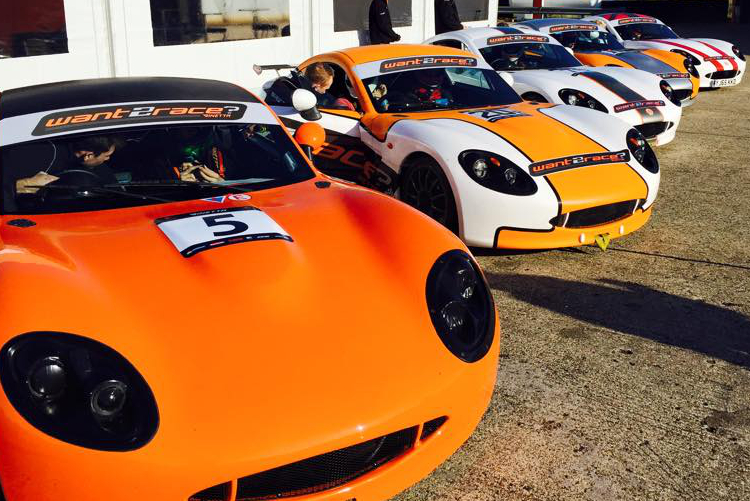 Ingram was selected the winner, with Adam Riley and Miles Rudman named as the second and third placed drivers by the judging panel, which was led by former BTCC driver Paul O’Neill and 2014 Supercup vice-champion David Pittard.

“I would like express my gratitude to everyone involved in want2race for such an amazing experience, and of course the final result,” said Ingram.

“The opportunity to learn alongside talented instructors is second to none. From the very first time I got behind the wheel at the qualifier, to the final shootout on Wednesday I have enjoyed every second and will remember this moment forever.”

want2race boss Ben Hyland added: “After the nail biting head-to-head shootout, we chose Phil as our talented and deserved winner – driving for Team want2race in the GRDC next season as part of his fully funded prize.

“A big thank you to all our entrants, partners, instructors, support team and everyone involved with want2race and Ginetta who have helped make this year’s competition our greatest achievement yet.”