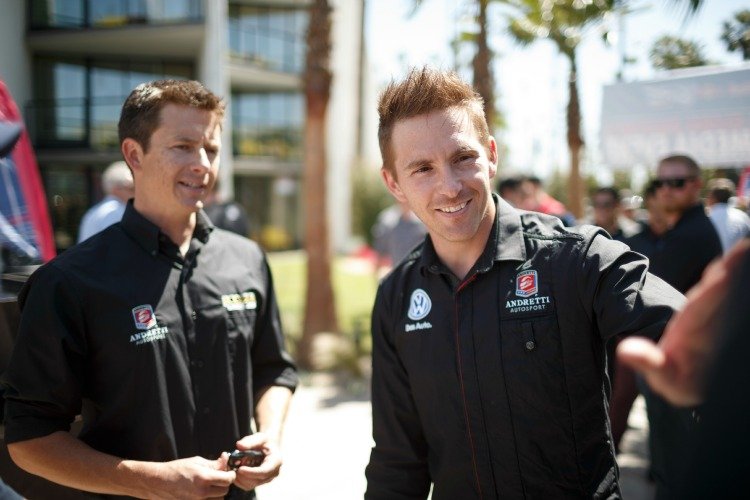 On Wednesday night the 2015 Red Bull Global Rallycross champion will be crowned in Las Vegas, Nevada. While we don’t yet know who that will be, we do know for sure that it’ll be one of the Volkswagen Andretti Rallycross team’s superstar drivers.

It seems strange to talk about the VARX team having a ‘tough’ start to the season. After all, Scott Speed took second in Fort Lauderdale and a win at X Games and Tanner Foust won the second championship round at Daytona.

For Speed, he wouldn’t return to the podium until Detroit in rounds five and six after missing a pair of finals and taking a sole finish in ninth place. He scooped a brace of second places in Motor City but fell back out of the top five when he finished in seventh in Washington DC.

Tanner Foust meanwhile only missed one final after his Daytona win, but two fifths and two tenth places were all the two-time series champion could muster.

Bad luck and a string of reliability issues left the Indianapolis-based team scratching their heads. On paper they had one of, if not the best car in the field, yet the results seemed to be showing anything but that.

Two main event wins (albeit one in a non-championship event) and a further three podiums may seem like a good return for a team participating in such a hotly contested series, but much more was expected from Volkswagen going into the season. 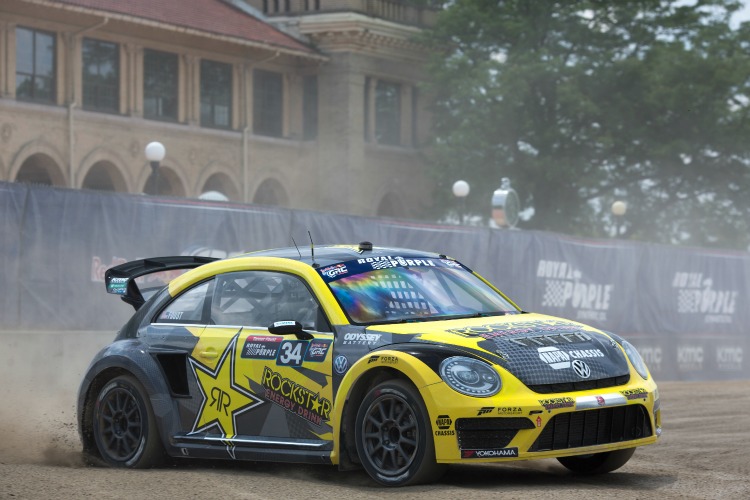 Foust failed to reach the podium after his early season triumph until the team’s fortunes changed in LA – Credit: Larry Chen/Red Bull GRC

Speaking after the DC event, Speed seemed undeterred by the bad luck that he’d endured for much of the season, telling this writer “We will be the winningest driver this year because I’m quite sure we’re going to end up winning the last five races“. A bold claim, one that at the time really was tough to believe, but then LA happened.

Both Speed and Foust were untouchable in the double header weekend, taking a pole position each, a one-three finish on the first day’s final and a dominant one-two on day two – Speed being the driver on top on both occasions.

It was a similar story in Barbados a few weeks later. They couldn’t repeat their qualifying success but they finished both races first and second again. However, this time it was Foust in P1, setting up a tense final day showdown between the two drivers to see who will be crowned 2015 Red Bull GRC champion.

So how do the pair stack up head to head?

He’s missed more finals and won less races but Scott Speed goes into the final round of the season atop of the points and as the favourite to win the championship. He can thank the three more podiums than Foust that he scooped in Ft. Lauderdale and Detroit for that. Unlike Foust he’s yet to win a championship but after coming achingly close last season, the former F1 star will be using lessons learned from 2014 to claim a title that he believes he deserves.

“I’m super excited for the Vegas finale,” said Speed. “The team has worked so hard to put us in a position to win and I can’t wait for all of us to celebrate the effort and the hours we’ve put in this year.”

He may be the underdog on paper but there’s one thing that Foust has going into Vegas that Speed is lacking: Experience. Foust doesn’t just hold the all-time wins record in Red Bull GRC, he’s also a two-time champion. Incidentally, that’s a record too. Head to head, the pair have outperformed each other an equal number of times (five – both failed to make the MCAS New River final) and although Speed has finished in the top three more, Foust’s three wins to his too might just give him the confidence boost he needs to overhaul his team mate.

“It’s a bit surreal heading into the last race, knowing that with such a tough start to the season we have already wrapped up the championship for the Volkswagen Andretti Rallycross team,” said Foust. “Obviously, I’ll be fighting to put the Rockstar Energy Drink Volkswagen Beetle GRC on top, just like every weekend, but this trip to Vegas will be a great party no matter what happens!”

Regardless of who comes out on top, VARX will definitely be celebrating on Wednesday night. Until then, there’s a pair of championships to be decided. One they already have their hands on, the manufacturer’s crown could also be Volkswagen’s too. No matter how that turns out all eyes will firmly be on the two Volkswagen Beetle drivers to see who will claim driver’s honours.