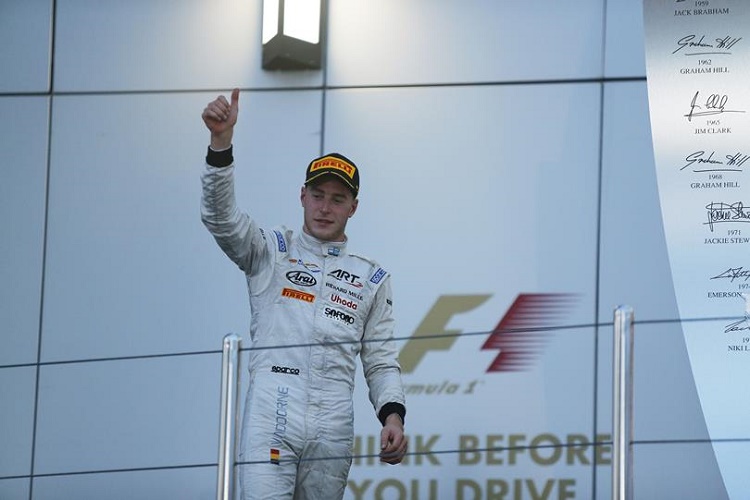 ART Grand Prix driver and McLaren Honda protégé Stoffel Vandoorne was crowned 2015 GP2 Series Champion at the Sochi Autodrom on Sunday morning after he clinched a fourth place during the Sprint Race, allowing the Belgian to finish ahead of his nearest championship rival Alexander Rossi.

In a season of which Vandoorne has been dominant, the twenty three-year-old from Kortrijk, Belgium, had managed to pick-up a total of five wins and seven further podium positions to collect 281.5 points ahead of his championship winning race in Russia, with races still left in both Bahrain and Abu Dhabi.

The gap between Vandoorne and Racing Engineering driver Rossi was a total of 108 points at the end of the Russian Grand Prix weekend, enough for him to finally wrap up the championship after Rossi denied him the opportunity the day before when he claimed a Feature Race victory and Vandoorne finished the race in third place.