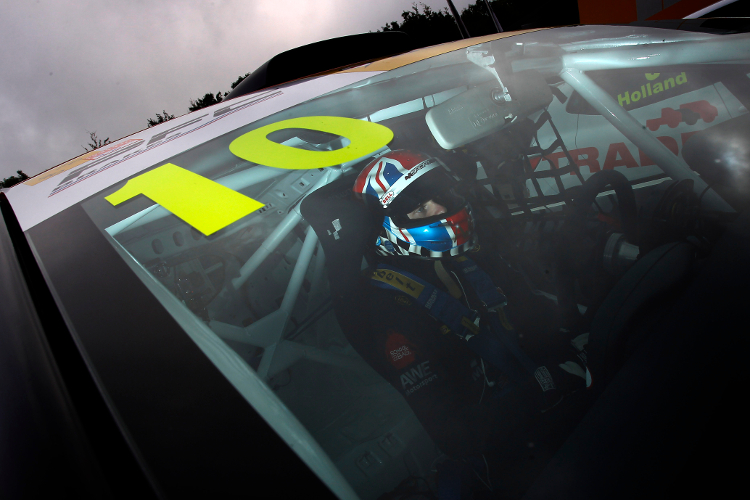 Ant Whorton-Eales has described linking up with Maximum Motorsport as “the best thing I’ve ever done in the Renault UK Clio Cup,” and says he expects to be returning to the grid with them next season as part of an expanded entry from the team.

Whorton-Eales enjoyed his best Clio Cup season to date in 2015, kicking off the year with wins in each of the first two meetings at Brands Hatch and Donington Park, before notching two more late on at Rockingham and Silverstone as part of twelve podium finishes for the campaign.

Those results meant the 21 year old entered the Brands Hatch season finale firmly in championship contention, only for an unfortunate incident in race one to bring an early end to his weekend and leave him a career-best third in the points standings.

Despite the Brands disappointment, Whorton-Eales told The Checkered Flag that he was pleased with his progress and pinpointed an upturn in performance in qualifying as being key.

“It’s been a mega season. I’m not going to lie, we did want to win the championship this year, but overall I feel I’ve progressed massively this season,” he reflected.

“One of the main areas I needed to improve on was qualifying, it’s something I’ve never done too well with. In the past, I’ve been the sort of driver who would qualify mid-pack, race through well and maybe get the odd podium.

“This year I’ve really concentrated on getting the lap times when I need to, qualifying consistently at the front of the grid and to end the year with four consecutive pole positions speaks for itself, I’m really pleased with that.”

It was far from plain sailing for the Lichfield-based racer this season though, as after completing the first half of the season with SV Racing, their withdrawal from the series necessitated a move to championship newcomers Maximum during the summer break.

“The move from SVR to Maximum wasn’t ideal, but the circumstances at SVR meant we had to leave. We decided to set the new team up with Maximum and it’s the best thing I’ve ever done in Clios,” he explained.

“The guys in the team are great, they’ve got some brilliant knowledge behind them and I feel I’ve done so much better in the last couple of meetings with Maximum than I have done in my Clio career so far.

“It might slightly look like there was a ‘getting up to speed’ period at Knockhill, but the Maximum boys had to spend a long time with the car following our accident in qualifying at Croft. Once we had it sorted, we won at Rockingham, got pole and won at Silverstone and I’m sure it could have been more of the same at Brands.”

Whorton-Eales highlighted the Croft meeting as one he was particularly proud of, as after the aforementioned qualifying incident left him seventeenth on the grid for both races, he stormed through the field in his rebuilt Clio to seventh and third place finishes to keep his title bid on track.

“I think I proved a point at Croft, that I was here in the championship and I wasn’t just going to accept that we’d had a crash and write off the weekend,” Whorton-Eales enthused.

“We pushed hard in the two races, didn’t give up on a single position and maximised the circumstances we had with the fresher tyres, using all my experience in Clios to climb up the order and get some great results.”

Whorton-Eales is set to add to his Clio Cup experience next season, with him admitting a fifth full season in the BTCC support category is likely as part of an expanded Maximum line-up.

“At the moment I’m pretty sure I’ll be back in Clios, unless some mega deal comes along for a touring car drive or something that I’d be stupid to turn down,” he concluded. “I want to repay Stewart Lines and the Maximum team for all their help, and show that a new team can come in and do really well.

“We want to grow and develop the team next season, we want to run a lot more cars and Stewart is working on a development programme over the winter. We’ve got a few young drivers interested in getting involved, and some older drivers as well that we think could easily win the Masters Cup with the right platform beneath them.”