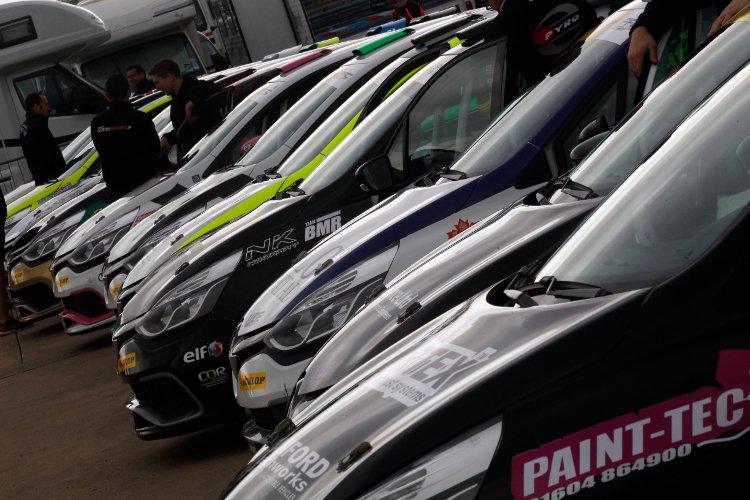 The 26 year old has headline backing from EcoMotive, the producer of environmentally-friendly motor care products, with the team hoping to run a mullti-car entry.

“It’s great to be racing at a high level but it’s more than that – this is a chance to be involved in building a business around the UK Clio Cup and we are looking to run additional cars alongside mine,” said Rowbottom.

“There is obvious appeal – Renaultsport’s history and all the great drivers it has produced from within the UK, the stability of the championship and the platform it offers to the BTCC which is where I want to be in the future.”

It’s the second time that Rowbottom has looked to join the Clio Cup in recent years, having initially brought one of the fourth-generation Clio racers in the first batch sold in August 2013.

Rowbottom’s DRM Motorsport Solutions outfit then announced plans to run Mark Howard for the 2014 season, but the partnership never materialised with Howard running with other teams.

The former MSA British Cadet and Rotax karting champion competed in the BTCC-supporting SEAT Cupra’s in 2008, finishing seventh overall in the standings with a best finish of fourth.

“I raced in the SEAT series that supported the BTCC in 2008 and had some good results considering what, as a small team, we were up against,” he commented.

“When that category stopped I knew we had to get back. So here were are and our aim is very much to be right at the sharp end of the UK Clio Cup grid in 2016.”

EcoMotive Managing Director Akhil Valjee added: “This is a tremendous opportunity to showcase our brand on the best motor racing platform in the UK. We have assessed all avenues for the 2016 season and the UK Clio Cup is exactly where we want to be.

“The relationship between EcoMotive and Daniel has strong foundations and with these foundations we are confident that the link will prove to be a market winner and we’re cheering Dan on to deliver in the 2016 season.”