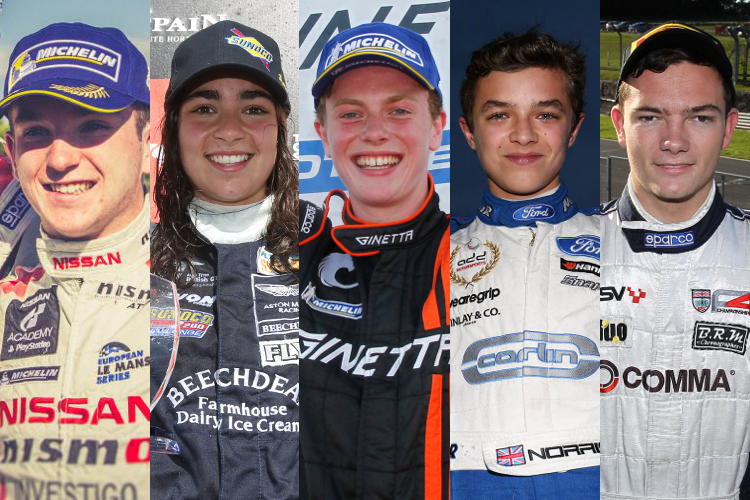 The Ginetta Junior Championship’s position as one of the best first steps for young drivers in their car-racing career has been strengthened this season with five recent graduates from the championship going on to win high-profile titles in the 2015 season.

The duo took three wins in five races across the season, results that also earned Robertson the ELMS ‘Rookie of the Year’ award as he secured his third championship title in the last four seasons, having also won the 2014 Michelin Ginetta GT4 Supercup honours.

In her first season out of Juniors, Chadwick helped guide the team to four podium finishes including back-to-back wins at Rockingham at Silverstone, with the 17 year old becoming both the youngest ever British GT champion and the first ever female champion in the series.

Also on the British GT package, James Kellett joined Chadwick in tasting title success in his first season away from Juniors. Running with Total Control Racing, the 17 year old starred with ten race wins and eight other podium finishes to emerge victorious from a close-fought three-way title battle.

It’s not just sportscars in which Ginetta Junior graduates are making their mark, with the two main single-seater championships in the UK being won by first-time car-racing champions, with Lando Norris securing the MSA Formula honours whilst Will Palmer emerged victorious in BRDC Formula 4.

Norris’ meteoric rise up the ranks continued with an unmatched eight victories en-route to the title with Carlin, whilst Palmer was truly dominant in his second F4 campaign with HHC Motorsport, taking eleven race wins for the honours. 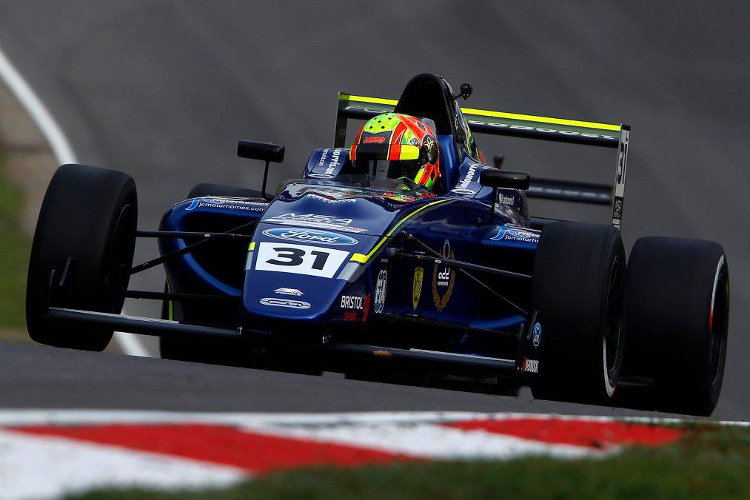 Alongside those five champions, former Juniors racers were once again present at the front of grids across most of the major championships in Britain.

2008 champion Dino Zamparelli was a double race-winner in the Porsche Carrera Cup GB, taking the runners-up spot in the Rookie Class, while reigning champion Jack Mitchell was a podium-finisher in the Renault UK Clio Cup before making an early exit from the series.

Tom Jackson and Sennan Fielding were race-winners in BRDC F4 and MSA Formula respectively, both finishing in the top four of their respective championship’s, while Ollie Chadwick challenged Kellett for the GT5 Challenge title and Andrew Watson was a British GT front-runner.