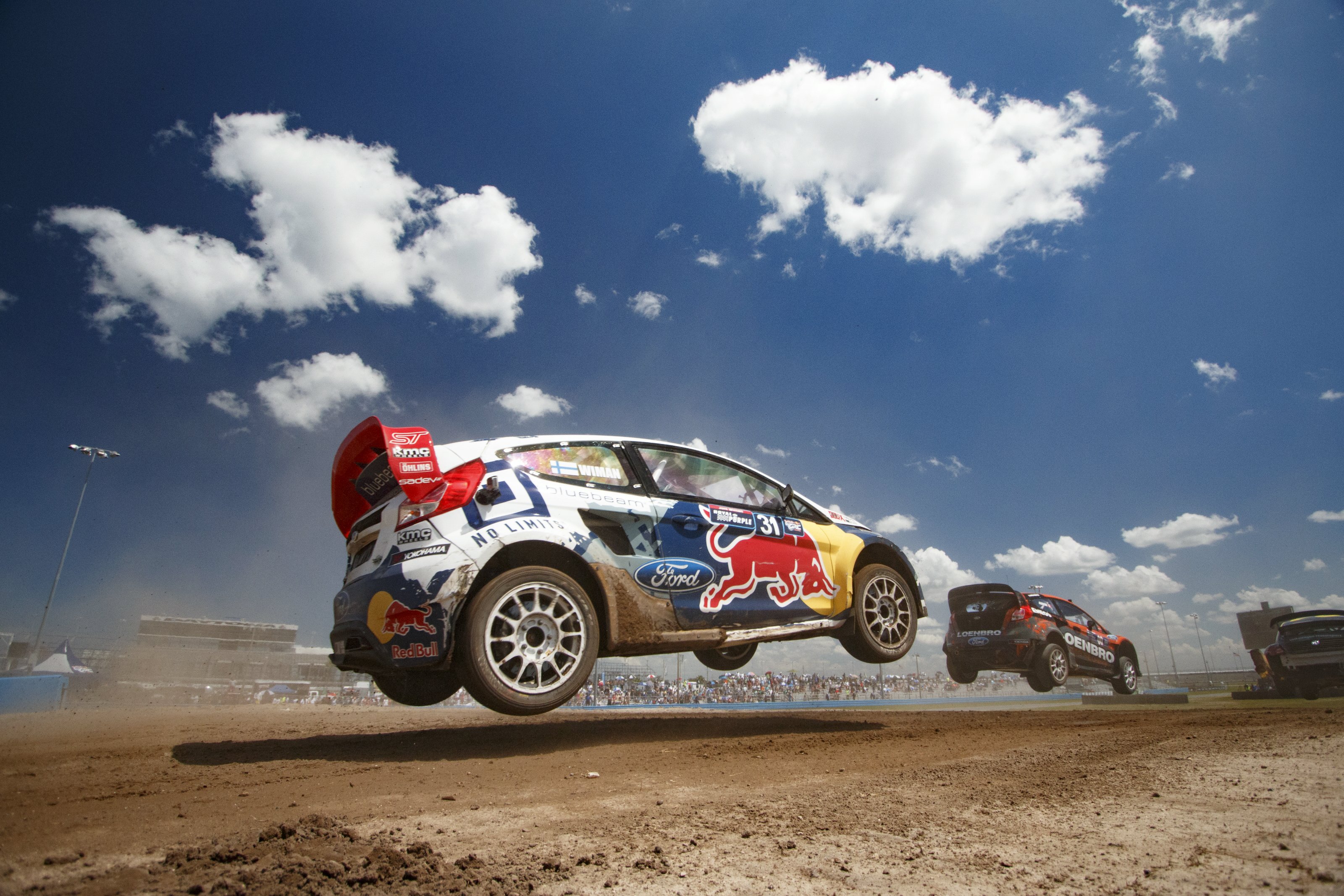 Olsbergs MSE heads in to the final event of the 2015 Red Bull Global Rallycross championship with two drivers looking to decide the championship in the GRC Lites title – Austin Cindric and Oliver Eriksson.

It’s been an exciting year in the GRC supporting races that has seen the lead of the championship change hands a number of times but it is Cindric that heads in to the final round with the upper hand having taken four wins this season over his OMSE team-mate Eriksson, who has taken three wins.

The lowest score of the season will be dropped for the championship which effectively sees the two drivers tied for points going in to the final battle, with either driver having to take a finish better than eighth place to take the title.

In the main GRC event OMSE drivers Sebastian Eriksson and defending champion Joni Wiman are looking to round the year out with a win and challenge for a fifth-consecutive Manufacturers Championship. There has been at least one Ford on every podium this easeon and only needs one more to secure the title.