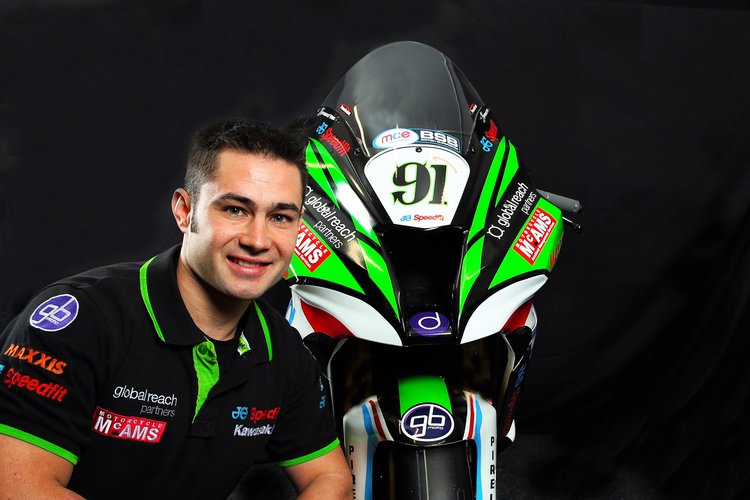 Leon Haslam will return to the MCE British Superbike Championship in 2016 after signing with the JG Speedfit Kawasaki team.

Haslam will line-up alongside James Ellison and Peter Hickman in the three-man team which will receive full-factory backing from Kawasaki.

The ‘Pocket Rocket’ has spent the last seven seasons in World Superbike and took victory in the final race of the 2015 season in Qatar with the Aprilia squad.

Without any guarantee of Aprilia competing in 2016 as a full-factory team the 32-year-old made the decision to return to BSB on a competitive Kawasaki bike.

Speaking about his return, Haslam said: “I’m super excited to be coming back to BSB! It’s one of the most competitive series in the world and has a huge fan base and following, so I’m really looking forward to getting back out there and racing in front of the British crowd.

“I made the decision that I wanted to come back a few months ago and began looking at different options. I’ve known Mark for quite a while and I’ve seen how quickly and professionally the team has grown so they were my first option really.

“It will be my first time competing in the Showdown format so I’m looking forward to that, but our goal from the start of year is to come back and be challenging at the front from the start.”

The Derbyshire rider has 16 BSB victories to his name, along with a further 38 podiums, and has finished as the runner-up in the series on two occasions – in 2006 and 2008.

Haslam won five races during his time in WSBK, with his best season coming in 2010 when he took the title fight with Max Biaggi to the penultimate round in Monza, where his Suzuki would unfortunately suffer from mechanical issues.

Team principal, Mark Smith-Halvorsen said: “Everyone in the team is excited to be welcoming Leon for 2016. He has proven to be one of the most successful riders within superbike racing and we know that he won’t be returning to make up the numbers.

“With a combination of the new Kawasaki and three of the strongest riders on the grid, I truly believe we have the right package to win our debut MCE British Superbike Championship title. It’s up to us now, to turn that into a reality.”

The 2016 season will be Haslam’s first on Kawasaki machinery and he will get his first taste of the green machine at the end of January as the team head to Aragon and Jerez for testing.
Share