Will Fewkes believes the Renault UK Clio Cup is entering a golden era after record interest in the championship over the winter months and a new deal that will see the series continue racing on the BTCC package for at least four more seasons.

The three-year contract extension begins in 2017 and means the Clio Cup will continue racing in support of the Dunlop MSA British Touring Car Championship until at least the end of 2019, continuing Renault UK’s association with the series that stretches back over two decades.

“It’s really important for Renault UK to be part of the touring car weekends. We’ve been part of the package since 1992 and it’s nice to continue that relationship,” said Fewkes, Renaultsport’s UK Motorsport Championship Manager.

“The package as a whole adds huge value to sponsors and partners of the teams and drivers, with 400,000 trackside and 21 million viewers on ITV. That makes it the only place to race in the UK so we’re delighted to be part of it.” 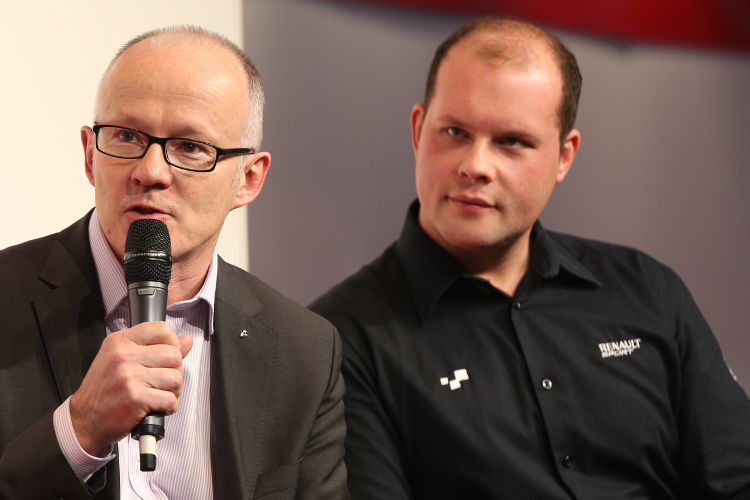 That deal came at the end of a busy winter period for Renault UK, with strong sales for new Clio Cup cars in recent months and nearly a dozen drivers confirmed so far leading to confidence that there will be a healthy grid in place for the Brands Hatch season opener at the end of March.

“We’ve sold the most cars before Christmas this time around than we ever have done before in a year when there hasn’t been a new car or championship introduced,” Fewkes explained to TCF at the Autosport International Show.

“It’s great to be achieving targets on our end, selling quite a few new cars over the winter on top of those that are already out there on the market, and I can’t wait to see what it produces this year.”

The 2015 Clio season ended in hugely positive fashion with grid sizes rising to twenty cars and a dramatic title battle seeing Ashley Sutton emerging as a rookie champion, but Fewkes believes 2016 could go on to eclipse it.

“I think 2016 is going to be special. The interest we’ve had so far, there’s some real quality that could be lining up on the grid,” Fewkes concluded.

“The title fight at the end of last season was pretty spectacular, but I feel we could push the boundaries again this year. We’re all very excited for the season ahead.”