George Jackson says he is keen to prove his breakthrough Renault UK Clio Cup top four finish at Rockingham last season wasn’t “a fluke” and wants to become a regular presence at the front of the field this year during his second campaign with Team Cooksport.

A move from JamSport Racing to Cooksport during the first half of 2015 produced an upturn in fortunes for Jackson, which culminated in five top eight finishes in the last four meetings, including his hard-earned fourth place finish in the Rockingham closer.

After gelling so quickly with the Cooksport squad, led by BTCC front-runner Josh Cook, Jackson told us it was a no brainer to reunite with the team for 2016 and that he hopes their partnership will continue

“We didn’t look at any other options really. It was always the case that if we were coming back racing, it would be in the Clio Cup and coming off the back of our results at the end of last season, it would have to be with Team Cooksport,” said the 21 year old.

“With my first season in the Clios under my belt, we’ve raced at almost all the circuits now and I’ve got a big heads up on what to expect. We’re going to start free practice one this season as we ended race two last year, which we hope will put us a big step forwards.”

Jackson’s return to the Team Cooksport squad sees him reunited with team-mate Rory Collingbourne for another season, a partnership that the Bedfordshire-based racer feels can help propel them both up the order.

“I think it really helps, having a quick team-mate like Rory to help push me forwards. It’s not so much about having a rivalry in the team, it’s about having someone to keep you on your toes and to work together,” he enthused.

“Also with circuits like Thruxton, it’s crucial to have someone at a similar pace that you can work with in qualifying to get a tow. It’s worth nearly a second at this place in particular, so that’s the difference between top five and back of the grid. We’re in a good position in the team.”

The standout Rockingham race last season saw Jackson battle with, and for a short time overtake, eventual vice-champion Ash Hand – his first opportunity to really go toe-to-toe with the established front-runners at the head of the field.

That result has filled Jackson with belief that he can fight at the front again this year and challenge for podium finishes, as he gets set to take on an entry that includes former champions Mike Bushell and Paul Rivett, and 2015 title contender Ant Whorton-Eales.

“These drivers have been in the series for years, so if you’re in and around them, mixing it on track with them, then you’ve got to be doing a half decent job,” Jackson reflected.

“That was what made it for me at Rockingham, getting in and racing with the likes of Ash Hand, overtaking him for third position for a lap or two. Those are the moments that really push your confidence.

“You’re going to have the familiar names at the front again this year, but we’ll be pushing to battle with the experienced guys, and to get some more breakthrough races like Rockingham, to prove that result wasn’t a fluke if anything.

“A couple of podiums early on in the season would be perfect, to break the ice and see where we’re at. It’s going to be tough, there’s a really good grid shaping up for this year, but we want to be battling at the front and it’s going to be interesting to see what happens.” 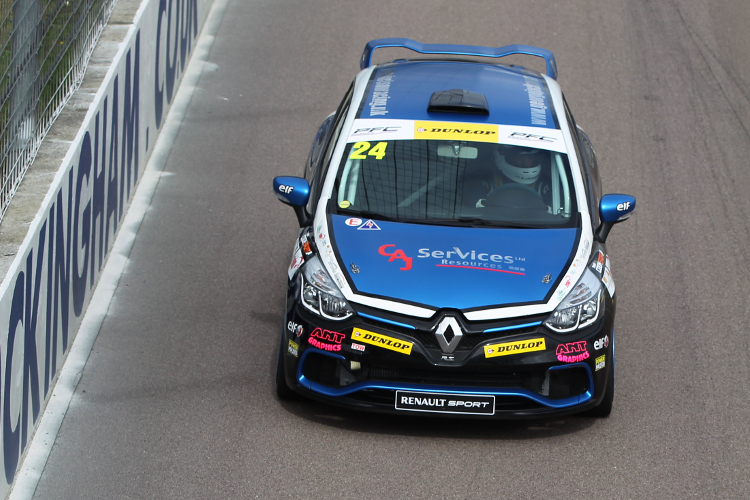