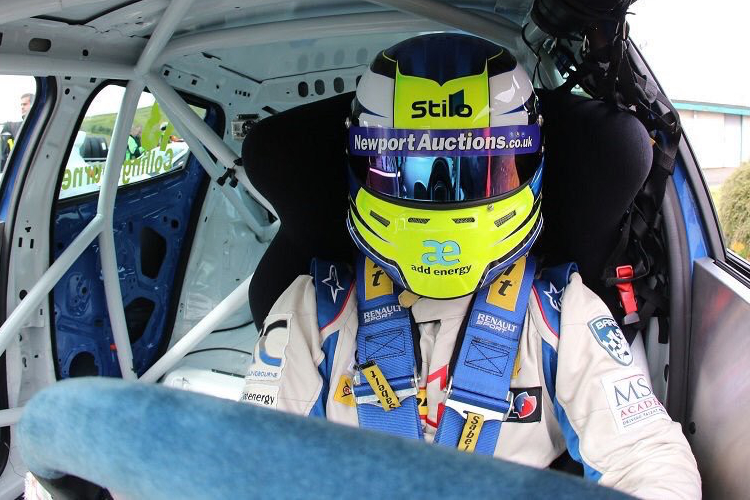 Rory Collingbourne is hoping that some extra pre-season mileage with the Team Cooksport squad this year could be key to him establishing himself as a regular podium finisher in the 2016 Renault UK Clio Cup.

Collingbourne enters his second Clio Cup season with the Bristol-based team off the back of a strong maiden campaign together last year, which saw thirteen top ten finishes in eighteen races culminate in a top six championship finish.

The 18 year old kicked off his pre-season testing programme last week with visits to Oulton Park and Thruxton, and he hopes that some positive running will put him in a strong position heading into the Brands Hatch season opener on April 2/3.

“We started last season with only two test days, but we’re doing around five this time around which is a head start, along with all the testing and mileage we got throughout last season.

“I’ve been quick at Oulton Park and then again today, so I know the pace is there, I know what to do and it’s about confidence now, getting it done on the race weekends.”

The standout weekend of 2015 for Collingbourne came at Rockingham, where he picked up a pair of breakthrough top six finishes including a best of fourth in the opening race.

Collingbourne says that result, coupled with a close-fought duel with eventual champion Ashley Sutton in the second encounter, has filled him with confidence that he can battle at the front.

“Rockingham showed what I can do, it showed that I can compete and gave me some experience of racing with the top drivers. Heading into this season, I know more about what I need to do to be at the front,” he reflected.

“In testing today, I’ve been behind some of the quick guys and stuck with them, matching their pace, which I feel is a really good sign for us.”

Collingbourne heads into the new season hoping to improve on his results from 2015 and become a podium contender, but appreciates it won’t be an easy task in the hugely competitive Clio grid.

“Last year we finished second best rookie and sixth in the championship which we were delighted with,” he concluded.

“To finish higher than sixth this year will be tough as there’s some very quick drivers on the grid, but we know what we need to do and we’re looking forward to the challenge.

“The dream is the title, but this is a three year championship, unless you do a heck of a lot of testing to be ready a year or two early, which unfortunately we don’t have the budget to do.

“This season we’re aiming to break into the top three and get podium finishes, while a race win or two would be a huge bonus.”