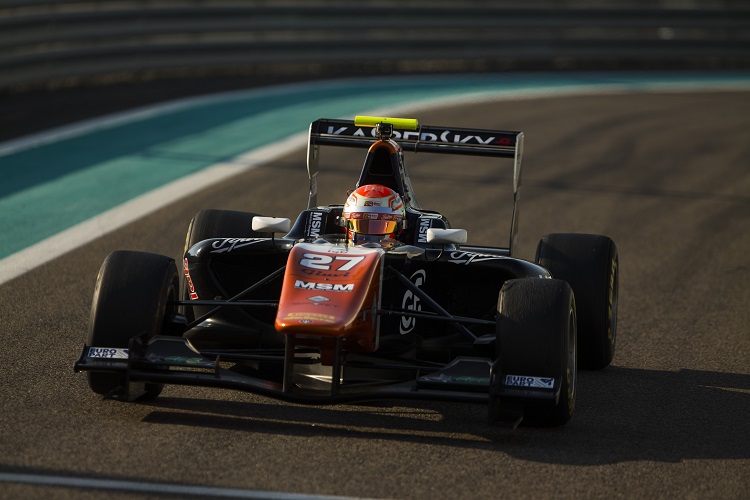 Antonio Fuoco, Artur Janosz, Giuliano Alesi and Sandy Stuvik have been announced as the drivers that will contest the 2016 GP3 Series for Trident Motorsport.

Fuoco, Janosz and Stuvik will be returning to the series with the major change from last season being the GP3/16 that will be raced over the next three seasons.

Fuoco featured in the post-season at Abu Dhabi, and instantly clicked with the team – remaining amongst the frontrunners throughout the entirety of the test.

Polish driver, Janosz remains with Trident following a progressive rookie season in 2015 which brought positive results in the second half of the season.

There will be also be high hopes for Alesi who has a big name to live up to as he looks to gain experience in a brand new championship.  The Frenchman also tested the car in the post-season test and the team felt the young Frenchman will be able to quickly match the pace of his more experienced team-mates.

Stuvik is looking to bounce back following a disappointing season with Status Grand Prix last year, with this move hopefully reversing his fortunes.

Team principal, Maurizio Salvadori, said: “We will be fielding four drivers that can score great results this season. I am extremely satisfied to announce our full line-up so early as it will enable us to anticipate and improve our preparation.

“The goal is to remain at the top of the GP3 Series in both the driver and the team standings”.