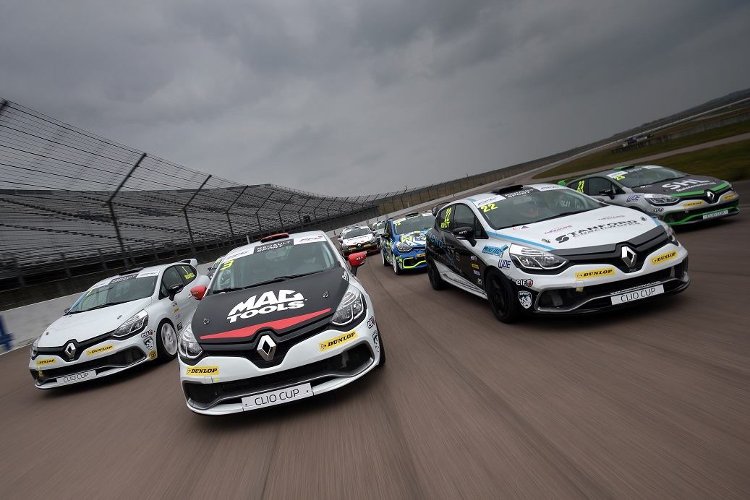 History was made in the Renault UK Clio Cup last season as Ashley Sutton became only the second driver in championship history to win the title at the first attempt, and now the class of 2016 are set to fight it out to follow his name into the record books.

Carrying over the momentum from a thrilling three-way title fight and a positive late surge of entries last season, a busy winter for the Clio Cup has seen a huge 23 car entry come together for the 22nd running of the tin-top series; the third with the current fourth-generation Clio racer.

The biggest news over the winter came with the shock return to the series of 2014 champion Mike Bushell, who had last season joined the long list of Clio alumni to have stepped up to the British Touring Car Championship.

As Sutton becomes the latest champion to graduate, Bushell heads the other way to lead the challenge for Team Pyro, who have produced seven of the last eight Clio drivers champions, as he personally aims to become only the second driver in Clio Cup history to win more than one title.

The other driver to achieve that feat is three-time victor Paul Rivett, who is embarking on his fourteenth Clio campaign this year and his third straight season with the WDE Motorsport squad who he has helped grow into established series front-runners. 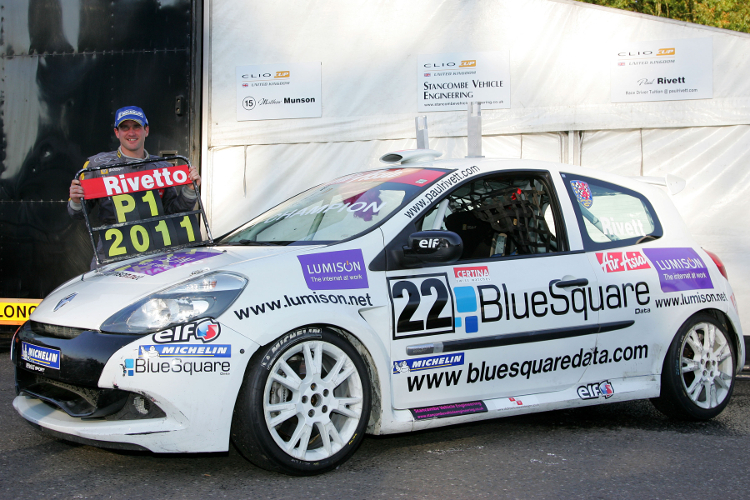 The 2002, 2004 and 2011 champion has notched up thirteen podium finishes with WDE in the last two seasons, showing that together they can be front-runners, and he’s hungry for more success this year to add to the 44 Clio Cup race wins to his name already.

Eager to join them on the roll call of Clio champions is Ant Whorton-Eales, who is preparing for his fifth full season in the series with his fourth different team after linking up with JamSport Racing, following his best campaign so far last year.

Twelve podium finishes including four wins, double his previous best tallies for a season, meant the 21 year old was an outside contender for the title heading into the season finale. Getting close to the prize will be sure to fire him up for another championship charge this year.

Another experienced Clio contender returning to the grid this season is 2010 vice-champion Lee Pattison, who joins the Team Cooksport squad full-time after an impressive one-off appearance with the team at Knockhill last year when he took a pair of top five finishes.

Hoping to challenge the established names this year will be Charlie Ladell. The WDE racer has shown plenty of promise in his season and a half so far with thirteen top six finishes, and he’ll hope this is the season he can turn his potential into podium results.

Completing the WDE line-up this year alongside Ladell and Rivett is Rory Green, who returns for his second Clio season with the team having shown strong improvement through 2015, including taking a breakthrough top six finish at Rockingham towards the end of the year.

Two other drivers that secured their best results of the campaign at Rockingham were Team Cooksport duo Rory Collingbourne and George Jackson, who both head into 2016 as standout podium contenders after taking a fourth place apiece in Corby amongst regular top six finishes.

Alongside Whorton-Eales at JamSport, Luke Kidsley heads into the new season hoping to get in the podium picture after showing immediate pace during a debut three weekend spell at the end of 2015, with a best finish of fourth in the final race of the year.

A driver to watch this season as he heads into his first full Clio Cup campaign is Paul Streather, who returns to the grid with Finesse Motorsport after a stunning debut podium finish in October’s Brands Hatch season finale, having also finished vice-champion in the Michelin Clio Cup Series.

Streather isn’t the only driver entering the championship this season with previous experience in the Clio Cup Series meanwhile, with Anton Spires and Ollie Pidgley also making the step up to race the latest specification of Clio racer.

Spires Will Be Racing In His Fourth Different Renault Championship This Season – Credit: Jakob Ebrey Photography

Ciceley are running a three-car line-up for their first Clio campaign, with an exciting addition to the grid coming in former BTCC and Ginetta driver Max Coates, who embarks on his first full season of racing since 2011, and his first time competing in front-wheel drive machinery.

Dan Zelos completes Ciceley’s entry, the former Ginetta Junior race-winner being one of two graduates from the series to join the Clios this year, the other being 2015 vice-champion Senna Proctor who follows in Sutton’s footsteps by joining Pyro with backing from BTCC squad Team BMR.

Josh Price joins Proctor in the Pyro ranks as he embarks on his first full Clio campaign, having taken a pair of top five finishes in a short spell last year. It’s a similar scenario for Sam Watkins, who returns with 20Ten Racing after debuting in the final two weekends of 2015.

Watkins will be joined at 20Ten by Tom Butler, who is finally getting the chance to embark on a full season in the series after seeing an entry with #RacingForHeroes fall through for 2015 – though he did get on the grid at the end of the year and picked up a pair of top ten finishes at the season finale.

Butler Will Be Hoping To Make Up For Lost Time This Season – Credit: Jakob Ebrey Photography

One to watch meanwhile will be experienced Clio campaigner David Dickenson, who returns to the UK series with Pyro for the first time since 2009 ready to utilise all his experience gained from competing in the Eurocup, Bohemia and Italia championships in recent years.

Alongside PP and Ciceley, another couple of new teams are entering the championship this year in Team EcoMotive, who are running a single-car for ex-SEAT Cupra racer Daniel Rowbottom, and Vanquish Motorsport with Paul Plant, a partnership stepping up from club-level Alfa Romeo racing with support from WDE.

With reigning Masters Cup champion Mark Howard stepping up to the BTCC this year, the class for drivers aged 38 or over is populated by 2015 class vice-champion Graham Field, who moves to JamSport for the new campaign, and new Team Pyro racer Darren Johnson.

With a fascinating mix of youth and experience at the head of the entry this season, as well as a host of talented newcomers looking to make their mark on the series, the Renault UK Clio Cup is shaping up to produce another superb season of racing on the BTCC support package. 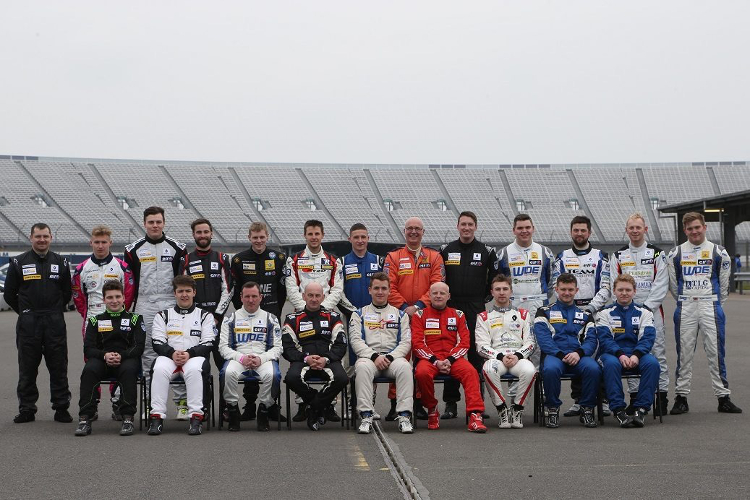