Jamie Chadwick teams up with Paul Hollywood for British GT

Last year’s GT4 champion Jamie Chadwick will drive alongside the star of the Great British Bake Off – Paul Hollywood – to take on the second half of the British GT Championship for Beechdean AMR in the GT4 category.

The pair have decided to only take in the last three weekends of the year, Spa-Francorchamps, Snetterton and Donington Park, for vastly different reasons. For Hollywood, his TV commitments curtailed any potential running in the first half of the British GT season, for Chadwick A-Level exams are her main focus and admitted that they were the main priority.

She said: “Andrew [Howard] and I originally discussed racing with Paul at the end of last season, and when it became clear that I should be concentrating on my A-Levels that made perfect sense. You always want to be out in the car but my priorities lie elsewhere this year, at least until exams are over!

“Paul’s obviously been around the team for a year now and our paths did cross last season despite him racing elsewhere. Having said that, the recent pre-season test at Valencia was the first time that we really got to know each other and I had a chance to work with him.”

Chadwick will be competing in her familiar Aston Martin Vantage GT4 this year, a car Hollywood has become familiar with in his time racing for Beechdean in the Britcar Dunlop Endurance Championship. Of course, Chadwick is disappointed she can’t use her familiarity to defend her title, but is none the less looking forward to being around the team. 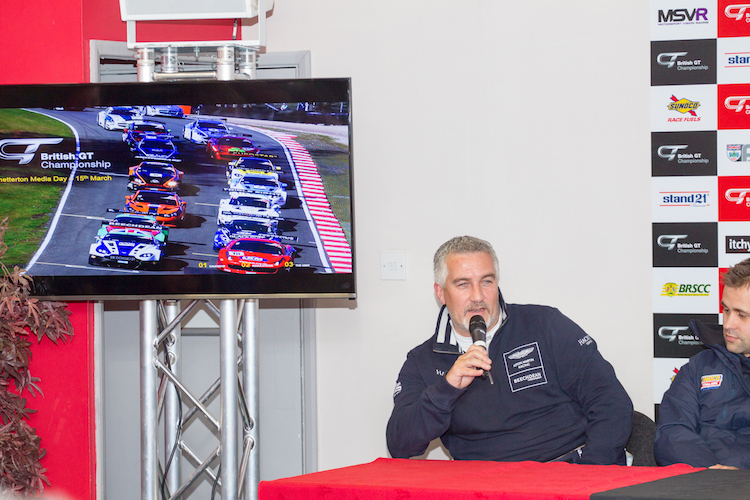 Hollywood will be developing his Britcar experience in British GT (Credit: Nick Smith/TheImageTeam.com)

“Obviously there’s no chance to defend the title this year but I still feel incredibly motivated,” she said. “Last season was about working as a Silver/Silver partnership in which both drivers had the experience to win races. This time I definitely feel a responsibility as the Pro in the line-up to bring Paul on and lead from the front. That sounds a little odd when you consider our respective ages but it’s a role I’m relishing and one that’s worked well so far. It also really helps that Paul’s very receptive and eager to learn quickly.”

The Beechdean team are also going to be learning quickly as well, it will be the first time the team have run two GT4-spec Aston Martins – the second being for Jack Bartholomew and Jordan Albert.