Palmer announces power increase and move away from FIA F4 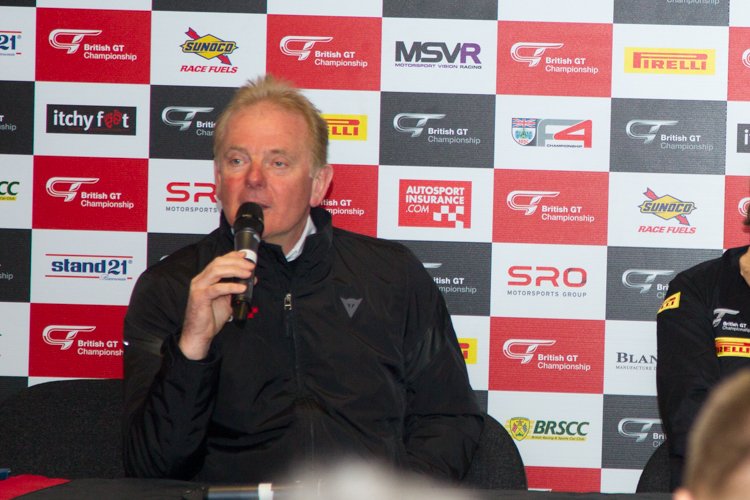 Jonathan Palmer spoke to the media ahead of the BRDC Formula 4 season, about his setting up of the series three years ago, as well as the expectations for the new year and the success that he expects from the new Tatuus-Cosworth.

Palmer, whose son won the series last year will continue leading the championship that is now into its fourth season, under a more powerful Tatuus made car, first talking about his motivation for making it. Though the 59 year old did not hold back on his opinion of the rival series at the time.

“It’s a really exciting year actually for BRDC F4. The original series started three and a half years ago, 2013 was our first season as most of you will know. I started that championship because single-seater racing in this country was in the real doldrums. Formula Ford was limping along, making a pretty poor go of it, frankly, with paltry grids of 10-11 cars, Formula Renault had stopped and [British] Formula 3 was dwindling rapidly.” he said with a chuckle.

“We went completely standard with it, two litre duratec, 185hp and 6 speed gearbox. There was high demand in the first year with 24-25 cars. At that time the FIA introduced their FIA F4 and that came in around 2014 and that created a head on collision in a way, between our own F4.”

He laughs before stating, “We were there first, had the name first, and the trademark first all on the website, so it didn’t best please MSA and the FIA in the UK, that situation is continuing but its probably unraveling at the moment.”

Palmer’s admittance of conflict and further response suggests that the name of the series may not stay for long, further fueling speculation that the series attempts to be re-branded as Formula 3.

“Our championship existed, did a great job and the first and second champions have been extremely successful with George Russell winning the McLaren Autosport Driver Award, while the third champion was my son, Will.”

There was a big gap there, so we decided to take it away. We didn’t want to compete with MSA Formula, but provide MSA (and the other F4 series) with an affordable move up. But we thought, let’s take that car and move it away substantially from the 160hp limit. The FIA only did that to allow 15 year olds into the racing, which I was never a fan of anyway and never have been.”

Allowing 15 year olds to race single seater cars had been a controversial move from many in the UK and Palmer made his opinion on the matter very clear, even if he chose not to dwindle on it too long.

“We basically only took the core of it and since last year the car is 5 seconds quicker and it’s really taken the mantle of British F3 in its heyday.”

“The lap times are only 1 to 2 seconds slower than F3, it’s vastly more affordable. We’re very excited about this being the first of a new generation of BRDC F4! I think it marries so well with the British GT Championship as well as the support categories that go with it and we’re very pleased to work with it.”